The Spookiest Towns in the UK Revealed 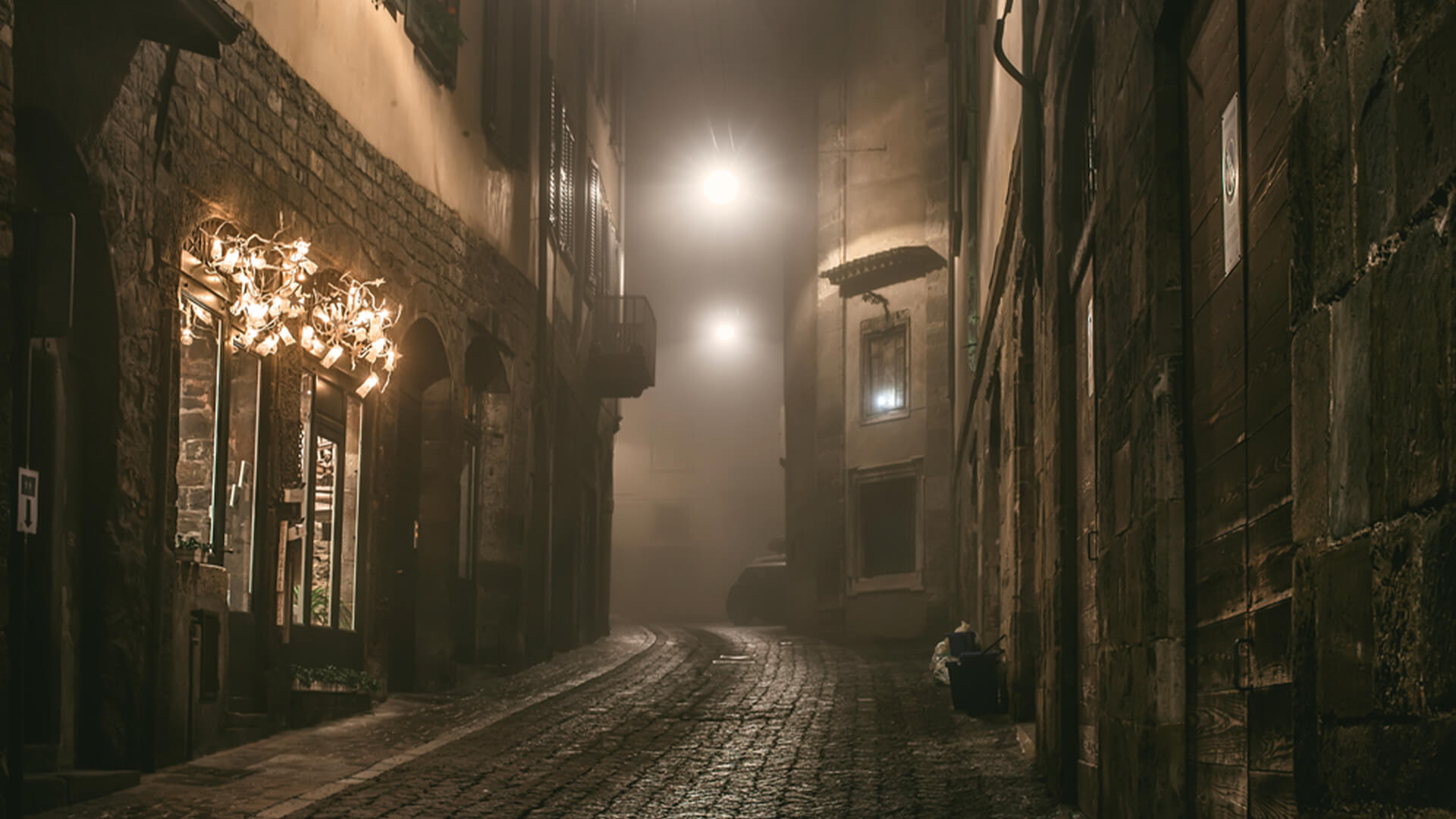 Tis the season to be spooky! At least that’s what we would’ve said last October. 2020 has proven to be a scary year in general. Nonetheless, with Halloween approaching, the experts at OnlineMortgageAdvisor.co.uk were curious to find out which are the spookiest towns in the UK.

To find out OnlineMortgageAdvisor.co.uk took into consideration seven factors: the number of cemeteries, paranormal sightings, abandoned homes, spooky roads, safety at night, level of crime and annual sunshine. In order to get the most accurate data, the numbers for each spooky criteria were divided by the total population for each location.

Where are the spookiest places in the UK?

Spooky Fact: According to data from  SellHouseFast.uk, Leicester is also the city where your home is most likely to be invaded by spiders! Yikes! 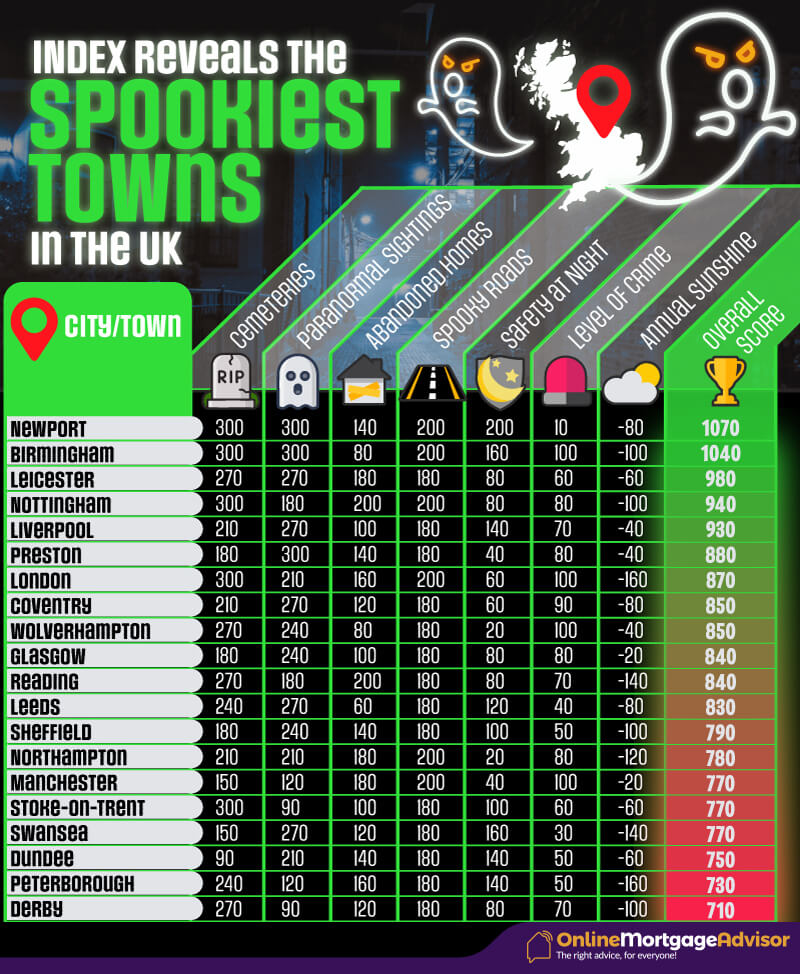 If you are looking for an adrenaline rush, the best town to visit is Newport, gathering an overall spooky score of 1070! The city was given the highest score for the number of cemeteries, paranormal sightings, spooky roads and safety at night, based on its population count. The highest scores were given to the places within the top 10% of that sample size.

Based on that methodology, the cities/towns ranking the highest (300) for Cemeteries were: London, Newport, Birmingham, Stoke-on-Trent and Nottingham.

Is it a bird, is it a ghost, or is it my nan? The places with the most paranormal sightings REVEALED!

So, what are the scariest cities when it comes to ghost sightings, you may ask? OnlineMortgageAdvisor.co.uk can reveal that the town/cities which ranked highest (300 points) for paranormal sightings are: Newport, Birmingham, Preston, Bradford. (only Newport, Birmingham and Preston can be found in the top 20 spooky towns/cites graphic. For full data please see the excel sheet).

The places with the second-highest scores for paranormal sightings (270 points) are the following: Leicester, Leeds, Liverpool, Coventry and Swansea!

If you would prefer the dead to stay dead, then the best cities to move to are Edinburgh (60 points), Cambridge (60) and York (30).

Home, not so sweet, home… Here is where you’ll find the most abandoned houses!

From dust on the furniture, to spider webs and poltergeists in the basement, there is something very eerie about abandoned houses. With that in mind, OnlineMortgageAdvisor.co.uk sought to investigate the places with the most and least number of abandoned homes/population.

The research can reveal that the places with the highest abandoned homes/population ratio, hence garnering the most points (200), are Bristol, Cambridge, Nottingham, Reading and Cardiff.

At the other end of the scale, we have the towns/cities with the fewest abandoned homes/population (gathering only 20 points): Newry, Bradford, Armagh, Aberdeen and Newcastle upon Tyne.

THESE roads will make your skin crawl

Have you ever found yourself walking alone on an unfamiliar road, only to look up at a sign telling you the road’s name is Dead Lane? OnlineMortgageAdvisor.co.uk can reveal the places with the spookiest roads. These are:

Scared of the Dark? Don’t go to THESE cities!

A Fast, Reliable and More Powerful Medium to Lift, Lower and Move Objects