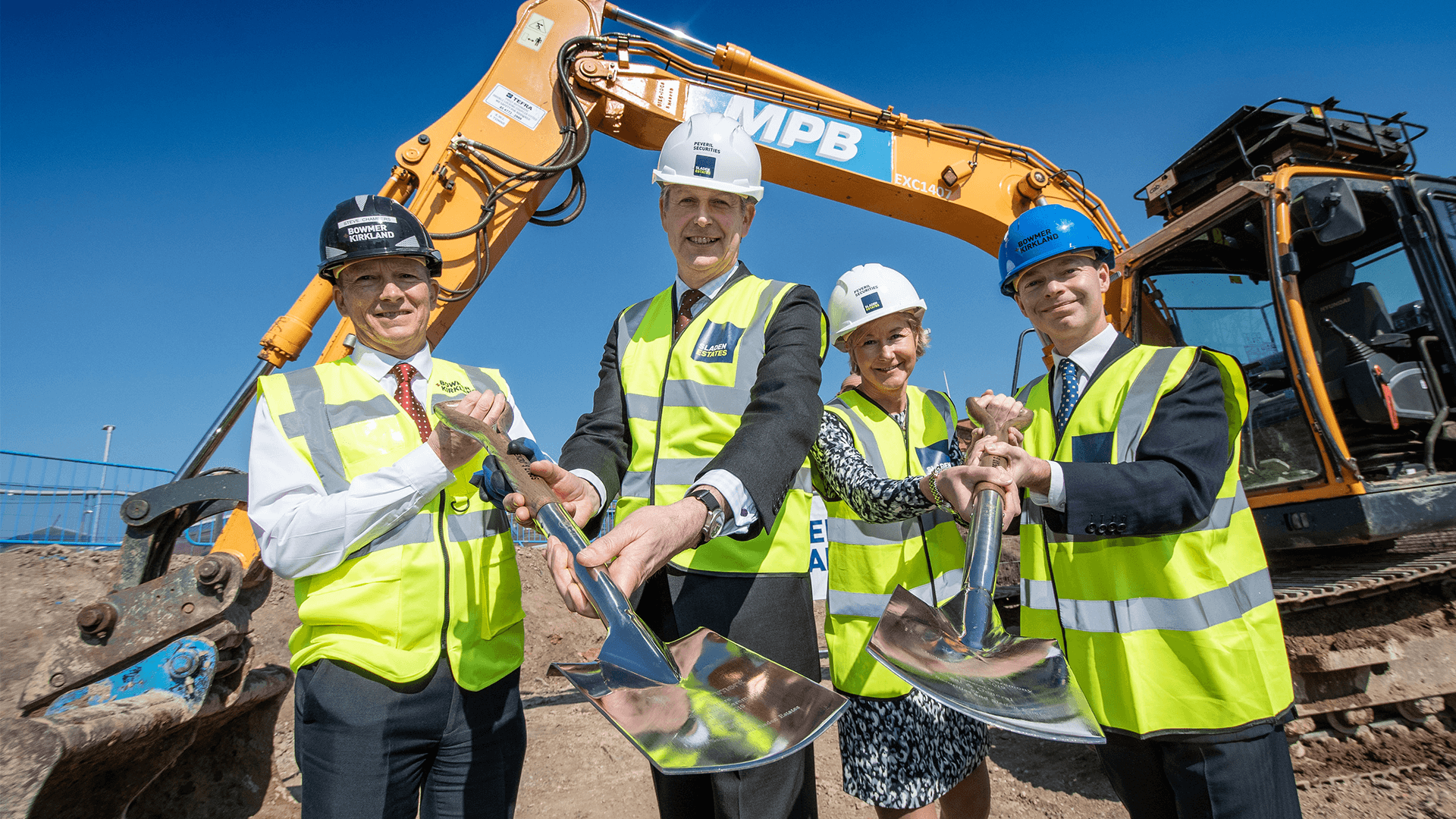 DESCRIBED as: ‘the most transformational office scheme to happen in the East Midlands in more than a decade’, Unity Square has now officially broken ground in Nottingham.

HMRC has entered into a 25-year lease on the development, which is being forward funded by Legal & General, placing its 13th regional hub – and 4,000 full time employees – in the heart of the city.

Developers Sladen Estates and Peveril Securities believe that this will ‘help to put the city on the occupier map, securing Nottingham’s place as a Core City’. Nick Sladen, chief executive of Sladen Estates said: “Today marks the important first step in what is an incredibly significant development – both for HMRC and for the East Midlands.

“We’re incredibly proud to be developing Grade A office space in Nottingham, as this is something the city has been lacking for some time. The Southside of the city is undergoing a huge transformation and the offices here will complement this next phase of Nottingham’s evolving skyline.”

HMRC’s estates director, Steven Boyd, said: “HMRC is delivering the largest property transformation programme in the UK and, when it is built, the Unity Square development will be one of our largest regional offices accommodating more than 4,000 HMRC colleagues. They will benefit from modern facilities and bright working environments, enabling them to work collaboratively with other teams to increase our effectiveness in collecting taxes.”

Derek Gilby, senior fund manager at LGIM Real Assets, said: “We are delighted to have broken ground on Unity Square today as part of the significant regeneration being delivered in the City of Nottingham. This latest project will have a meaningful impact, creating new local jobs and driving economic growth. This deal is the latest in a line of HMRC hubs which we have forward funded, matching our continued appetite for secure long income investments.”

Work is being completed by Bowmer + Kirkland, with phase one due to finish in summer 2021.

More in Construction and Engineering
4 Vital Steps to Take if you’re Involved in an Accident on a Building Site in Texas
30th January 2023
We use cookies and tracking through digital fingerprints on our website to give you the most relevant experience by remembering your preferences and repeat visits. Your information may also be used for personalization of adverts on our website. You can learn more about how we and our 194 partners collect and use your data by reading our Privacy Policy and Cookie Policy. By clicking "Accept All", you consent to the use of ALL cookies and tracking. You may visit "Cookie Settings" to provide a controlled (limited) consent.
Cookie SettingsAccept All
Manage consent