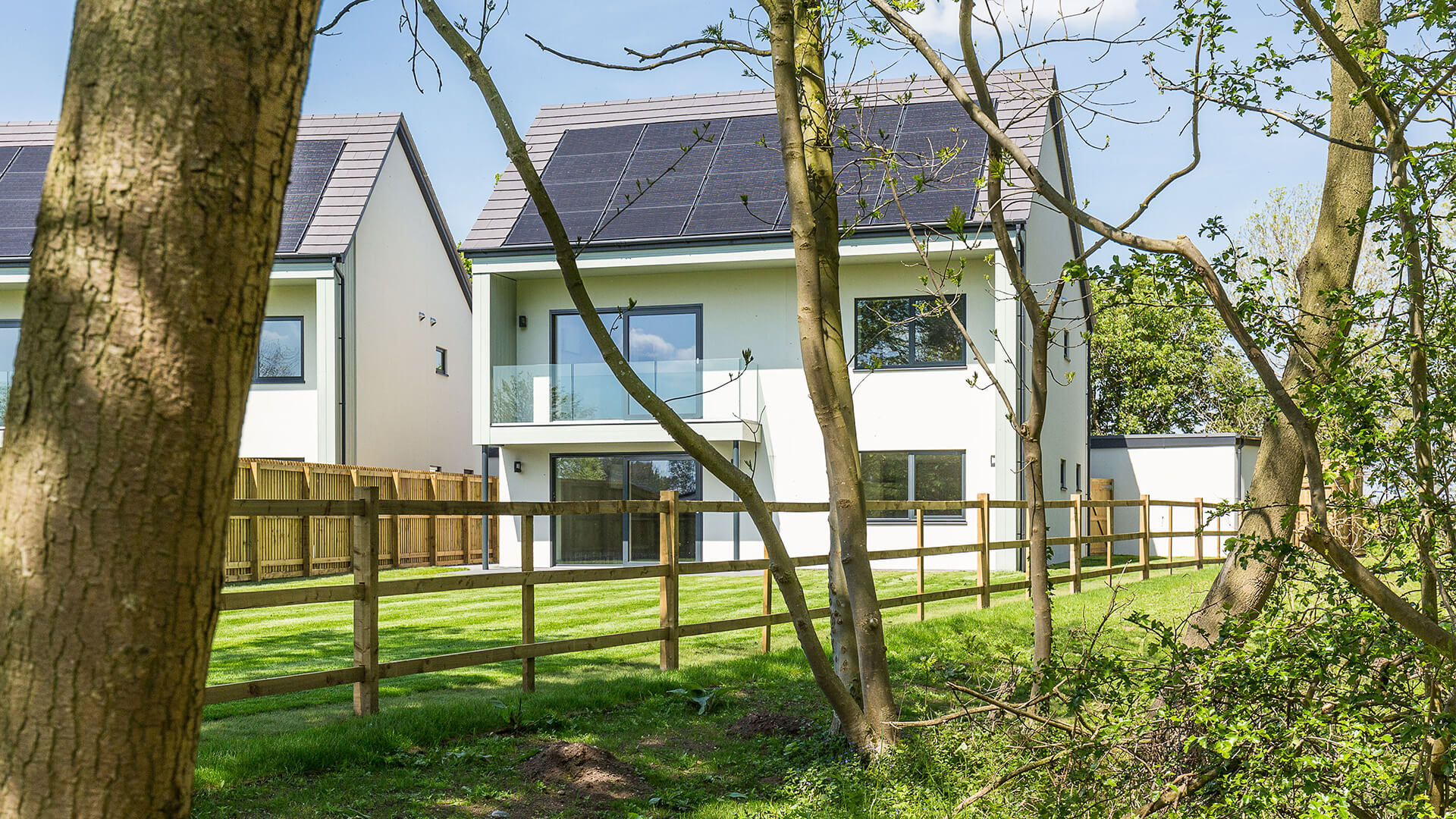 Solar panels and electric car charging points come as standard with every home in Woodlands Edge. But it’s the beautiful surroundings and community atmosphere that make it an eco-housing development with a difference

With its own private woodland, tennis court, ponds and an allotment for every household, the development is leading the way in the future of eco-housing.

It’s being created by Gusto Homes, who’ve been specialising in eco-housing since 1999, and when complete, will boast just 29 homes. On other sites of a similar size you would expect to see around 100.

“Twenty years’ experience of building eco-homes has gone into this site, not just the sustainable houses but the community element as well,” said Steff Wright, Gusto Homes CEO, who loves the place so much he lives there himself.

“We’ve really pushed the boundaries and built something absolutely unique in terms of the energy performance of the houses and the lifestyle. This is how housing should be.”

The first phase of the development was completed around two years ago. A further 11 homes are currently being built – six four-beds and five two-beds, which range in price from £300,000 to £499,000.

All the homes are fully electric and generate the majority of their power from integrated solar panels on the roof. They contain air filtration and heat recovery systems, and the heating can be controlled by an app on your mobile phone. Running costs are typically less than £1 a day.

But the eco-credentials are just a small part of life at Woodlands Edge. Everybody who buys a property also gets a share in the resident-owned management company, giving them input into improving and managing the site.

There are regular community activities including Bollywood dance classes, tai chi lessons and even an annual gin festival. And for those that really want to muck in and get their hands dirty, there’s a plant store on site containing lawnmowers and rotavators, while regular working parties are organised to carry out things like bulb planting.

Dr Bob Price and his wife Sheelagh moved in around 18 months ago.

Bob said: “One of the unexpected joys of moving here is the community life that we have found, which was something I didn’t really think about beforehand.

“No one is in any way intrusive or invasive but if you need them they are there.

“It really is a lovely place to be, with a lovely set of neighbours as well.”

He and Sheelagh moved to the Lincoln area to be closer to their daughter and grandchildren, but he admits he was sceptical about moving into a modern home.

“We were originally looking at very traditional cottages but within five minutes of being at Woodlands Edge I was sold and before we’d even finished that first visit I’d said to Sheelagh ‘we have to find a way to make this happen’,” he said.

Having worked in sport all his life, Bob is now using his experience to run the weekly tai chi classes for other residents.

He said: “We’ve been running them for a year now and regularly have at least ten people out there, come rain or shine.”

The community at Woodlands Edge is diverse, with a mixture of working age and retired householders. It is hoped the new detached four-bedroom properties will attract families with children, who will benefit from the safe open space surrounding them.

The two-bedroom properties are more likely to appeal to those looking to downsize but who still want the benefit of being surrounded by lots of land. This was the case for Tina and Steve White, who moved in two years ago.

Tina, 57, said: “The thing that first attracted us was the house itself. There’s so much light and space, and we loved all the eco credentials.

“We’d come from a 200-year-old cottage, so you couldn’t get much more different, but the moment we walked inside the show home I loved it – the light and the view and the fantastic space. It was just really wonderful.”

She also praised the community aspect of the development.

“Having been here for two years now I realise that we’ve got something quite unique,” she said.

“When we were kids growing up there was a real community atmosphere about our street. I think, generally, society has moved away from that now, but at Woodlands Edge we’ve very quickly got to know other people. There’s a real sense of community forming.

“We feel very safe here and I couldn’t imagine living anywhere else.”