Top 10: Sustainable Cities Around The World 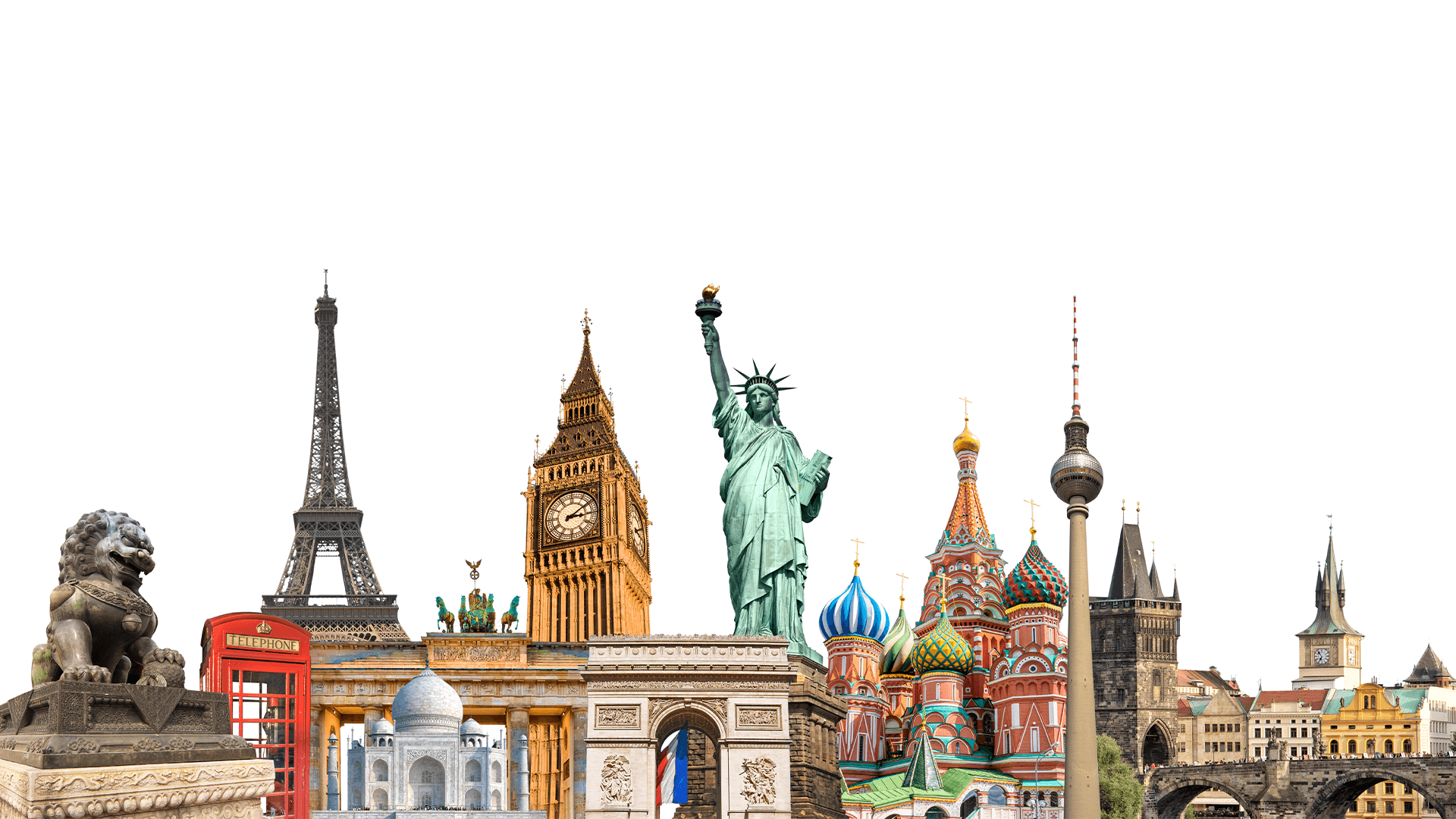 As a result of an increased population and developments in technology that are changing the way we live our lives, the sustainability of our planet is in greater danger than ever before. From the release of harmful emissions to extradentary levels of waste — it’s becoming unbearable.

Governments and local authorities across the globe are feeling the pressure of their own citizens and specifically, Generation Z, who are notoriously fighting for environmental change and encouraging countries to look at new ways to become more sustainable and tackle this global issue.

Maplewave take a look at the most eco-friendly cities around the world and see what schemes they have put in place to create a better environment for both residents, tourists and wildlife.

If you’re looking for a peaceful place to live or holiday at, look no further than Iceland. The nation has so much to offer — aside from its exceptional landscape and hot springs. But how has the country’s capital city, Reykjavik, landed the title of tenth most eco-friendly city?

Believe it or not, the city has a small population of 126,100 people — one of the main factors that allows for easy and adaptive changes for it to become a greener space. By 2040, Reykjavik plans on eliminating their production of greenhouse gas emissions by not only promoting walking and cycling, but also the use of public transport.

The reason behind the promotion of public transport is that the city has aims to continue introducing hydrogen buses and only 4% of people use them anyways. To ensure this happens, the city has a goal of trebling this by 2030. As well as this, the city invested millions into the creation of cycling paths and is encouraging electric car use for its 9,000 public employees by offering free parking and lower taxes.

Vancouver is located in a perfect setting between the ocean, forest and mountains. What more could you ask for when picturing what an idyllic eco-friendly city looks like? Taking ninth place on the list of most eco-friendly cities, Vancouver has recognised that its environmental footprint is currently three times larger than what the Earth can sustain.

The captivating city launched the Greenest City initiative, which has set realistic goals that can be achieved in the near future. Out of all major cities located in North America, Vancouver produces the lowest greenhouse gas emissions, which highlights the efforts put in place by the local authority to combat the environmental impact the city could potentially have.

There’s a lot of evidence that suggest Vancouver is making countless changes to create a more sustainable city for its residents. For example, the residents has found a 23% increase in green jobs and a 26% increase in local food jobs since 2013. As well as this, a further 23% of Canada’s CleanTech companies are located in the capital — whether this is through digital contracts or by implementing a cycle-to-work scheme.

If you want to travel to a place that heavily appreciates the environment and the planet’s sustainability, Helsinki is the perfect place. With a mix of urban locations and peaceful reservoirs, the capital sits on the peninsula on the Gulf of Finland.

One of the biggest contributors to Helsinki’s economy is tourism, which has led to an increase in eco-friendly accommodation. In fact, around 75% of hotel rooms in the city have been certified as environmentally friendly and those that haven’t fully pledged their allegiance to the cause have some sort of environmental plan in place covering all aspects of the business; from food and water to waste management and energy consumption.

On top of all this, Viikki is a green district within the city. The 23-hectare residential area focuses on sustainability and as an experimental project, the district has made use of solar and wind energy systems. So much so, that the first apartment building to use solar electricity in Finland is located here.

Cape Town, in particular, has been performing exceptionally well from an eco-friendly perspective and has made it to number seven on this list.

Cape Town is always looking at new and innovative technologies to create a more sustainable location — so much so, they began using wind farms for energy way back in 2008. Because of this, the city has now set an aim to get 10% of its energy from renewable sources by 2020, which is becoming more realistic as technology advances.

As well as this, the city is trying to push forward an idealistic outdoor lifestyle. To encourage this, the city has invested in safe-cycle routes and its My CiTi rapid service allows bikes on buses for free to help people get around without a car. As well as this, many people have started to grow their own vegetables and make use of solar panels.

Reports have suggested that Oregon has a head-count of around 647,000 — a figure that is continuously increasing over time. The city itself has made some remarkable changes to ensure it plays its part in the bettering of the planet and the lifestyles of those living in the area. But how has it done this?

Believe it or not, 25% of workers in the city commute by bike, carpool or public transport, which is showing great benefits to the environment. Because of this, the number of damaging vehicles on the roads has been reduced. On top of this, there is an estimated 250 miles of bike paths, highlighting how easy and safe it is to get around the city. Apparently, 8% of the city’s population use cycling as a main method of transportation.

When it comes to waste in the city, Portland produces 2,434,840 tonnes and recovers 1,235,924 tonnes of it — astonishing results for a major city. As well as the above, the city uses 33% of renewable energy — the national average is 13% — and like San Francisco, it has banned plastic bags.

Berlin is possibly classified as one of the most famous cities in the world, with a population of over 3.47 million — but how has it been crowned fourth on our list? According to some research, many believe that it’s due to a more personal story.

After World War I, residents became extremely self-sufficient and valued their green spaces much more than they ever did, learning to grow their own foods — which is a trend that has been passed down through the generations.

With the rise in electric vehicles, Berlin has installed more than 400 charging points across the city and has encouraged citizens to think about changing vehicle type. Not only this, but residents aren’t seeing the need for personal cars and are opting to share with one another in a bid to save the planet.

Making it to number three on our list is Stockholm. With 14 islands and more than 50 bridges, this location has made its fair share of improvements to help its citizens lead a more sustainable lifestyle. The major city has an aim to remove the use of fossil-fuels by 2040 and is doing so by implementing new policies that encourage a greener society — with investment help from the European Union to become smarter. On top of this, bio-fuel is becoming more popular and is generated from sewage waste, powering vehicles around the city.

Stockholm has the ability to reuse wasted heat from its 30,000-seat stadium too. Recovered heat may be able to help warm over 1,000 flats more efficiently using sustainable methods.

Amsterdam lands second place, but you’re probably surprised it isn’t first. To become more sustainable and remove the negative effects of climate change, the city was one of the first to outline sustainability measures — with an aim to achieve results by 2020.

You may associate this city with cycling, as it is the main type of transportation. However, when it comes to vehicles, the authorities are trying to reduce the number of emissions being emitted by introducing electric vehicles around the city, which has been accompanied with around 300 charging points.

Homes are also looking to become more eco-friendly. More homeowners are beginning to install solar panels on roofs and grow their own foods, or alternatively, purchase from local farmers’ markets, which in turn, puts money back into the local economy.

Due to continued investment into green alternatives, Copenhagen has reached number one on the list of most eco-friendly cities in the world. The city offers a high quality of life for its residents and has an ambitious goal to become even more eco-friendly.

The capital is set to become the first CO2-neutral city by 2025 too. More people enjoy cycling than using a vehicle to get around, with only 29% of households owning a car, and the city is has introduced even more cycle lanes. The popularity of cycling has increased even further, as most hotels across the city now provide guests with bicycles!

Organic eating is a new trend in the city too — 24% of the total food sale in the city is organic produce. As well as this, 88% of the food that is serviced in public organisations is actually organic. Copenhagen is constantly bringing in new ways to develop an eco-friendly way-of-life — there’s no reason you wouldn’t want to visit!

More in Design and Architecture
The largest industry event on student living in Europe to be held in Berlin
8th October 2019
We use cookies and tracking through digital fingerprints on our website to give you the most relevant experience by remembering your preferences and repeat visits. Your information may also be used for personalization of adverts on our website. You can learn more about how we and our 194 partners collect and use your data by reading our Privacy Policy and Cookie Policy. By clicking "Accept All", you consent to the use of ALL cookies and tracking. You may visit "Cookie Settings" to provide a controlled (limited) consent.
Cookie SettingsAccept All
Manage consent