This Is How Your Bathroom Could Be Putting Off House Buyers, And Here’s How To Change This 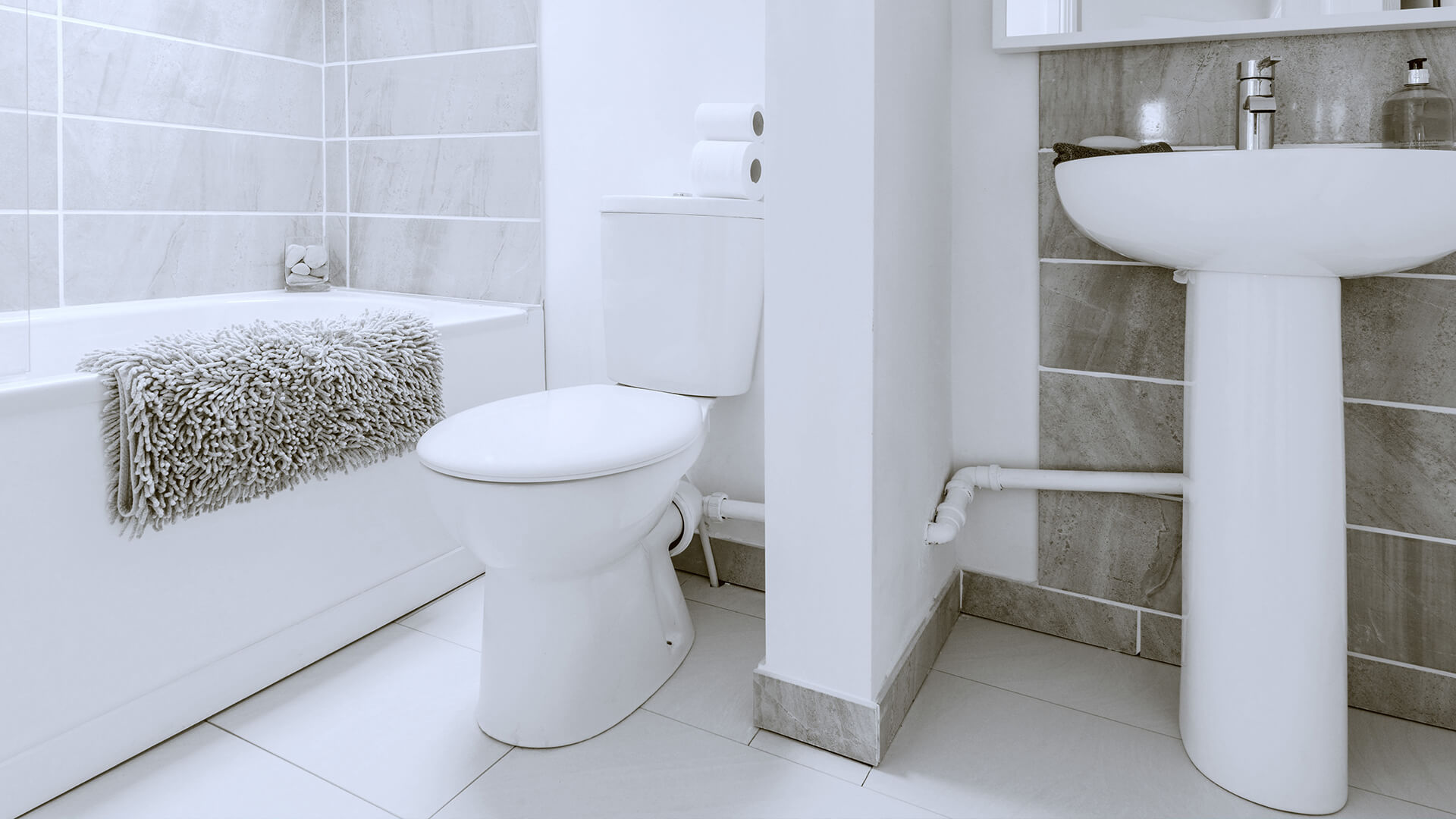 Experts in property, interiors and finance confirm the best way to optimise your home’s value with the bathroom.

To what extent can a bathroom affect property value? Whether it’s the bedroom to bathroom ratio, the calibre of facilities available, or simply where in the property it sits, there’s a range of factors regarding the humble bathroom that can all play a significant part in dictating a home’s worth.

A survey, commissioned by Mira Showers, asked over 1,000 homeowners and prospective buyers about how central the bathroom is to their considerations when buying a property.

Over three quarters of buyers say they’d offer more on a house if the property had an en suite bathroom. In fact, they’d stump up an average of £3945.34 more for the privilege. When it comes to who would offer most, those currently living in Brighton topped the table, with the average respondent claiming they’d offer £4875.20 more than the asking price. This table shows how much more than the asking price buyers across the UK are willing to offer on properties with an en suite.

When it comes to where the bathroom is situated within a property, almost half (49%) of buyers say they would offer less on a property where the bathroom was only accessible via the kitchen (as is sometimes the case in older, terraced houses). On average, they’d offer £7,077.84 less than the asking price if this was the case. Nearly a fifth (18%) said they’d reduce the price even further and suggested offering between £10,001 and £20,000 less.

For multi–storey properties, 2 in 5 (44%) respondents said they would not consider offering to buy a house where the only bathroom was located on the ground floor.

Almost 3 in 4 said they would pay more for a property if its bathroom was modernised or refurbished very recently. On average, they would offer an additional £3795.66. In Liverpool, buyers would consider offering a further £4177.28, whereas in Plymouth, they’d stump up £2897.19 more. Tom Greenacre, Divisional Sales Director at Purple Bricks, said: “Nine out of ten times, it helps the sale of the property if you have a modern bathroom, opposed to an old fashioned one.”

Matt Herbert, Marketing Communications at Mira Showers, said: “We discovered the youngest buyers (16-24) are the most likely to renovate a property if the bathroom isn’t situated in their preferred place (48.05%). In fact, they’re over 10% more likely to do so than any other age group; only 37.41% of 25-34 year olds (the next closest age group) would plan to renovate rather than dismissing a property during their search. When looking at location, it’s those in the West Midlands who are most likely to renovate, rather than being put off buying a property.”

Working with experts in property, finance and interior design, Mira Showers has developed a series of floorplans, showing the optimum layout to satisfy buyer appetite.

When it comes to choosing a colour scheme, interiors experts at Pavilion Broadway said: “For small bathrooms, avoid loud, overpowering bright colours such as azure, cyan or scarlet. Instead, you could opt for soft blues, muted greys or lighter off-whites which will match most bathroom suites and create a feeling of tranquillity.

“We think the trend [towards bright/loud prints in bathrooms] will date rather quickly, but it’s certainly popular at the moment. It’s worth considering that you have to look at your bathroom every day; it’s not just for Instagram!”

Money Crashers said: “Remember, after any upgrades, your home is only going to be worth what someone is willing to pay for it. When it comes to complete renovations, you might want to go with a strategy that is likely to appeal more to the masses, unless you have a pretty good idea of exactly who will be attracted to your home.

“For the masses, [you should] include a downstairs bathroom, a full bathroom connected to a master bedroom and possibly a bathroom tied into a second bedroom, depending upon space available. With the elderly, access is the main point, [which means] a full bathroom on the ground floor as well as near the bedrooms. For a family with children, it’d depends on the age of the kids. If you’re talking infants or younger aged kids, a simple bathtub will be fine, and a “Jack and Jill” setup where multiple children share a bathroom is OK. If your kids are older, a full, independent bathroom would certainly help with convenience and privacy – and reduce fighting over use of the bathroom.”

Commenting specifically on property trends in the capital, Marsh and Parsons said: “Young professional purchasers in London generally need a separate bathroom per resident. Siblings prefer not to share a bathroom and if you are renting out a room to a 30 something colleague/friend they want their privacy.”

They added: “The key in Zone 1 especially (Prime Central London) is that there is now a level of expectation in terms of quality for properties so having the right mix/quality of bathrooms is no longer a matter of adding value but in providing an expectation to the market.”

Equality and Diversity in Trade Roles

Will Covid-19 Change the Future of Building Design?