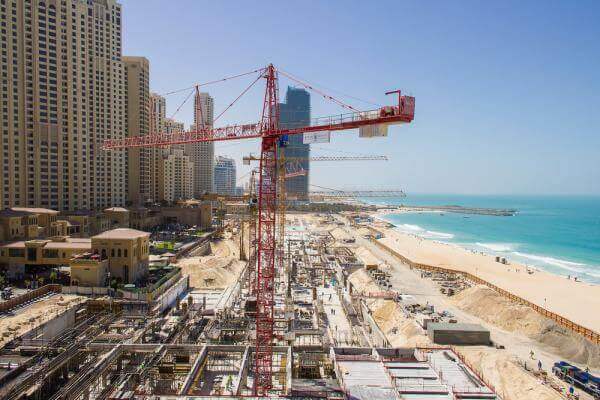 UK construction companies recorded a slight rebound in output growth during May, but this only partially reversed the loss of momentum seen in April ahead of the general election. Looking ahead, business confidence across the construction sector picked up sharply over the month, with the degree of positive sentiment the highest since February 2006. According to survey respondents, this was driven by signs of a post-election bounce in clients’ willingness to spend, which in turn supported a further sharp upturn in employment levels.

(PMI®) registered 55.9 in May, up from 54.2 in April and well above the neutral 50.0 threshold. That said, the latest reading was still the second-lowest since June 2013. Anecdotal evidence suggested that weaker new business gains during March and April had acted as a drag on overall output growth in May.

Although the upturn in UK construction activity during May was less marked than seen through much of the past two years, the latest survey marked the first acceleration in output growth since February. The modest rebound was driven by a sharp and accelerated increase in residential building activity, alongside a return to growth in the civil engineering sub-sector. Meanwhile, commercial building work expanded at the slowest pace since August 2013.

In line with the trend for business activity, growth of incoming new work picked up for the first time in three months during May. Survey respondents commented on improved underlying client confidence and an associated post-election bounce in new order volumes.

Moreover, construction companies indicated a sharp rebound in their outlook for business activity over the next 12 months. More than half of the survey panel (58%) anticipate a rise in output levels, while only 4% forecast a reduction.

Anecdotal evidence cited ongoing investment plans, new project wins and reduced uncertainty towards the business outlook. Staffing levels rose at a sharp and accelerated pace in May, with the latest increase in payroll numbers the fastest seen so far in 2015. Greater workloads and efforts to guard against worsening sub-contractor availability were factors supporting sustained job creation, according to survey respondents. Substantial skill shortages in turn led to the third-fastest rise in sub-contractor rates since the survey began in 1997 (exceeded only by those recorded in March and April).

On the price front, May’s survey pointed to a rebound in input cost inflation from the 62-month low registered in April. However, on a more positive note, latest data indicated the least marked deterioration in supplier performance since June 2013.

Tim Moore, Senior Economist at Markit and author of the Markit/CIPS Construction PMI®, said: ‘May’s survey provides the first sign of a postelection bounce in the UK construction sector. With a sustained period of policy uncertainty no longer on the horizon, business confidence surged back to its highest level since early-2006.

‘Additionally, construction firms experienced an upturn in new business growth from April’s near two-year low and job creation was the fastest recorded so far in 2015.

‘However, it is far from certain whether the relief rally in construction confidence will usher in a lasting turnaround in output volumes on the ground.

‘Despite a client spending rebound in May, all three key areas of construction activity have lost considerable momentum over the past 12 months. The scale of the construction slowdown since 2014 is such that it will not be fully reversed through the release of pent up demand after the election alone.

Commenting on the report, David Noble, Group Chief Executive Officer at the Chartered Institute of Procurement & Supply, said: ‘The brakes are now off for the construction sector as it makes up some of the losses over the last few months with a steady and comfortable improvement. Though nothing like the highs of 2014, the quietly confident approach after the restraint displayed before the General Election, shows business confidence at its highest since February 2006.

‘Suppliers continue to experience pressure on their stocks, but extra capacity has come back on line and it seems like the worst phase of raw material shortages has passed. Construction companies also reported wages were also on the rise, but from a low base after the pummelling the sector took during the recession.

‘Input prices showed uplift after the lows of oil and raw materials costs that had been benefitting the sector for some time. Firms favoured in-house training of staff instead of sub-contractors who were in shorter supply and demanding higher wages, demonstrating business confidence in the future of the sector and the ability to meet future demand.

‘Of course the real strength and longevity of this new momentum will be played out in the coming months but the expectation is the sector is likely to trundle along rather than produce the same elevated progress of last year.’