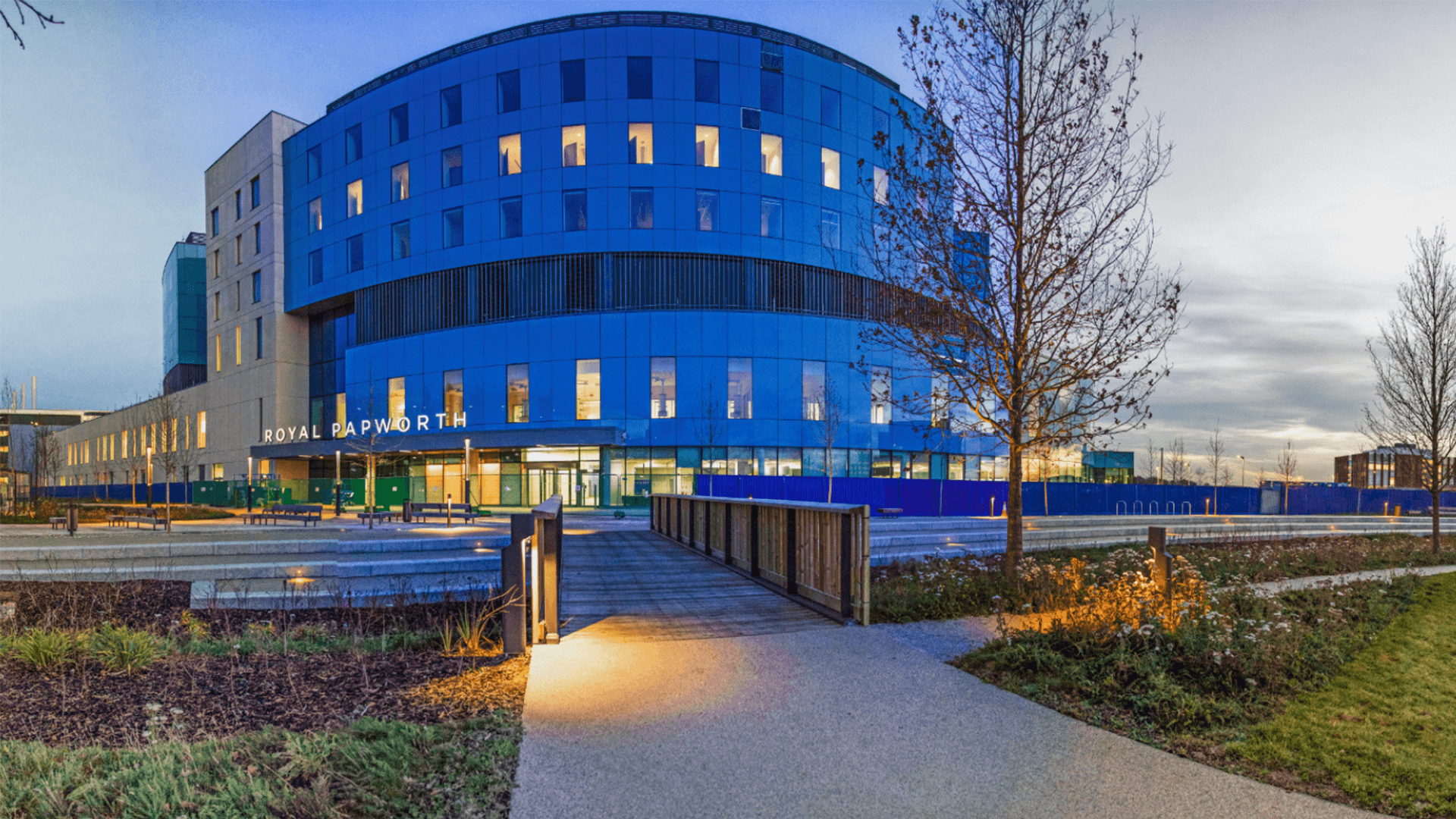 The new Royal Papworth Hospital will be accepting its first patients today after the installation of non-combustible insulation.

Construction of the new hospital began in 2015, but the project was delayed last year while work was carried out to meet requirements to ensure that it would meet the highest standards in fire safety.

Issues with the insulation meant patients and staff had to continue using the old hospital for another winter while an alternative solution was found and the work was completed.

High Performance, non-combustible insulation was sourced from British manufacturer, SuperFOIL Insulation and now the hospital is ready to welcome its first patients.

In 2018, SuperFOIL Insulation was approached to provide replacement insulation and the company supplied 5,500m² of it’s non-combustible SFNC insulation.

SuperFOIL is one of the UK’s leading manufacturers and suppliers of high performance multi-foil insulation and SuperFOIL SFNC is the only insulation of its kind to be certified by BRE as European Class A1 Non-Combustible.

“The new Royal Papworth Hospital is an incredible building that’ll help save lives so we wanted to do everything we could to help the hospital open as soon as possible.

“Of course, fire safety on large buildings is absolutely crucial and, as the only manufacturer of non-combustible multi-foil insulation, we were very happy to help.

“It was a big order for us with 5,500m² of insulation needed, but one of the benefits of our SFNC is that it’s quick and easy to install and because it’s only 20mm thick, the exterior design of the hospital didn’t have to change at all.

“we’re really proud of having played a role in helping this important building toward completion.”

Despite the narrow 20mm width of SuperFOIL’s SFNC insulation, the product offers an R-value of up to 1.54, the same as 50mm of traditional glass wool insulation. SFNC is also vapour resistant and thermally reflective, enabling buildings to stay cooler in summer and warmer in winter.

Situated on the new Cambridge Biomedical Campus, the new hospital was originally due to open in July 2018. It’s been announced that patients will start to be admitted to the new hospital from Wednesday 1st May.

The hospital has 2,300 rooms, five operating theatres, five catheter laboratories and two hybrid theatres. It has around 300 beds, including a 46-bed critical care unit and 24 day beds. Most of the rooms are individual with en-suites and each room has a television, with up to 100 TV and radio channels available for free. The hospital also has free wi-fi throughout.

The old hospital in Papworth Everard was founded in 1918 and is recognised as one of Europe’s leading heart and lung hospitals. The first successful heart transplant took place at the hospital as well as the world’s first successful heart, lung and liver transplant. Services are gradually being closed at their old site while services gradually open in the new hospital. It’s estimated that the Papworth Everard site will fully close on Thursday May 9.

More in Property and Real Estate
Selling Your Home? 6 Clever Tips to Attract Potential Buyers
23rd December 2021
We use cookies on our website to give you the most relevant experience by remembering your preferences and repeat visits. By clicking “Accept All”, you consent to the use of ALL the cookies. However, you may visit "Cookie Settings" to provide a controlled consent.
Cookie SettingsAccept All
Manage consent