New HS2 Route Through Sheffield Could Save £1bn 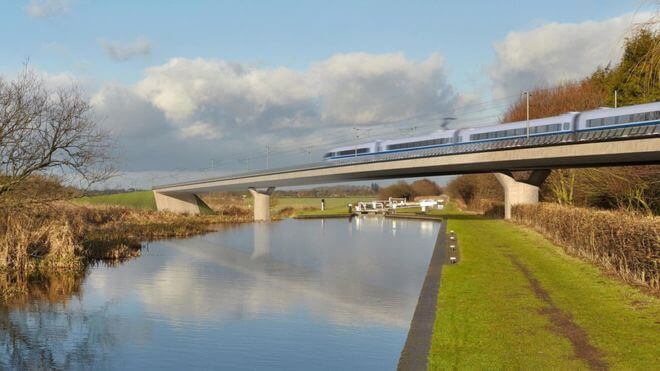 The new option proposes that HS2 services between London and Sheffield would take a spur off the new north-south high speed line and travel directly to the existing Sheffield Midland station using the existing railway line. These trains therefore could potentially also call at Chesterfield.

The previous plan was that Sheffield’s HS2 station would be out of town at Meadowhall, which generated criticism.

The new proposal retains the future option of HS2 services extending onwards to the existing Meadowhall station, Rotherham or Barnsley.

The city centre route would cut journey times on services heading to Leeds, York and Newcastle, the report says, and would also reduce the cost of the project by around £1bn.

A city centre station solution for Sheffield high speed services would allow the main HS2 line to be built east of the previously proposed route, through less densely populated areas that would avoid the complexities of building a line via Meadowhall.

HS2 Ltd will also investigate the possibility of a parkway station on this newly proposed route, which in part follows the M18 motorway.

HS2 Ltd chairman David Higgins said: ‘Projects of HS2’s size, scale and significance should seek to provide the maximum benefit for the people they serve. I have listened to the very constructive comments and discussions that have taken place on how HS2 should best serve South Yorkshire and recommend the option of HS2 services using the existing city centre station.

‘Decisions of this scale sometimes involve compromise, and through dialogue I believe we have reached the best solution for South Yorkshire.’

Chair of the Sheffield City Region local enterprise partnership (LEP) Sir Nigel Knowles welcomed the alternative plans, saying: ‘HS2 is a vital investment in the Sheffield City Region’s future. I am delighted that we have had the time to work constructively to ensure the city region could be best served by Britain’s new high speed rail network, which we expect to include trains calling at Chesterfield in the south of the city region, a parkway station as well as the line into the centre of Sheffield. Connectivity with the rest of the UK is a major factor in achieving our growth plans. Of equal importance is the inter-connectivity within the North, via HS3, and we look forward to working with the government and other partners to bring that into fruition as quickly as possible.’

Using the existing Sheffield Midland station for HS2 services also opens up the possibility of running high speed trains from Sheffield to Leeds by building a link back onto the main HS2 line north of Sheffield. This link could deliver Transport for the North’s (TfN) ambition for a frequent 30 minute journey time between Leeds and Sheffield, and might also be used by Birmingham-Leeds HS2 services, allowing them to route through Sheffield. TfN is considering the Sheffield-Leeds corridor alongside other Northern Powerhouse rail plans.

The secretary of state for transport said he would consider David Higgins’ report and make an announcement on the full HS2 Phase 2 route later this year.