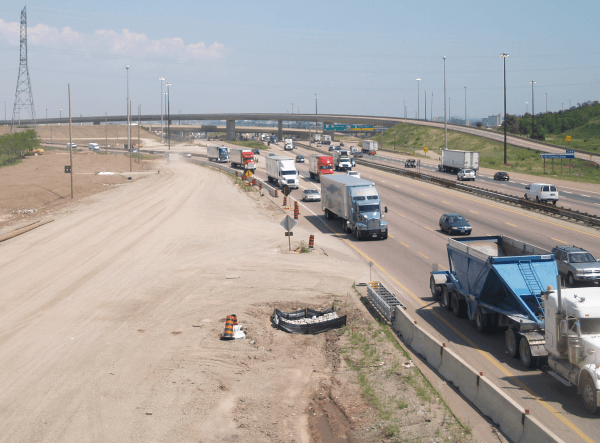 Highways England today (Tuesday, September 29) met with suppliers to set out how £1.8 billion of government investment to improve the capacity and condition of roads in the Midlands will be delivered.
The investment will see improvements and repairs along a series of motorways and A roads between now and 2021, giving road users simpler, faster and more reliable journeys. It will also boost the area’s economy and help to bring the country closer together.

The work is part of the government’s ‘Road Investment Strategy’ to triple levels of spending on roads by the end of the decade, which was announced last year. Highways England, the government-owned company which took over responsibility for England’s motorways and major A roads earlier this year, set out its plan for the West Midlands at an event in Birmingham earlier today.

Across the Midlands, Highways England will also pump millions into maintenance schemes, environmental improvements and provision for cyclists.

These new schemes will bring huge improvements to journeys around the Midlands.

The government has committed record funding to specific transport projects here so the Midlands can act as a transport hub for the entire country. As Highways England, we’re delivering that investment to help to unlock billions for the economy by increasing road capacity, improving the flow of traffic and improving safety and accessibility for all road users.

Successive governments have failed to invest the sums necessary in transport. In many parts the system is at capacity. That is why we are committing a record £5.2 billion in total to specific transport projects in the Midlands, so that the region can act as a transport hub for the entire country.

We’re upgrading key roads like the M1 and the M6 and fixing key road junctions in Derby and Nottingham so hardworking families can have better access to jobs, shops and leisure facilities.

Planned changes include a major junction improvement at M42 junction 6 to accommodate redevelopment in the area, supporting access to growth at Birmingham Airport and the NEC, and preparing capacity for the new HS2 station and surrounding developments.

Additionally plans for smart motorway at the M42/M40 interchange will remove current congestion and provide further benefits for access and capacity in the area. Smart motorways see the hard shoulder converted into a permanent extra running lane and technology installed to give drivers more reliable journeys. Variable mandatory speed limits will be used to manage traffic speeds and help reduce congestion, whilst enabling safe operation of the motorway.

The development and design of a new link road connecting the M54, M6 and the M6 Toll will reduce congestion at peak times and improve safety on both the A460 and the A449/A5 between the M54 and the M6.

The M6 Junction 10 scheme will provide significant additional capacity at the junction, with part funding from the Black Country’s Local Growth Deal, including the replacement of both bridges allowing the widening of the roundabout to 4 lanes, and giving improved access to the Darlaston Enterprise Zone.

Across the West Midlands, Highways England will spend around £600m on maintenance, including £160m to resurface more than 900 miles of carriageway; £225m for repairing and renewing structures like bridges and viaducts; and £60m to improve vehicle barriers.

Nationally, Highways England’s planned improvements over the first 5 years of operation include:

Highways England will also be directly accountable to regulators, including the Office of Rail and Road, which will monitor performance and efficiency, and Transport Focus, which will act as a watchdog for road users.

Roads Minister sees plans for investment in the north