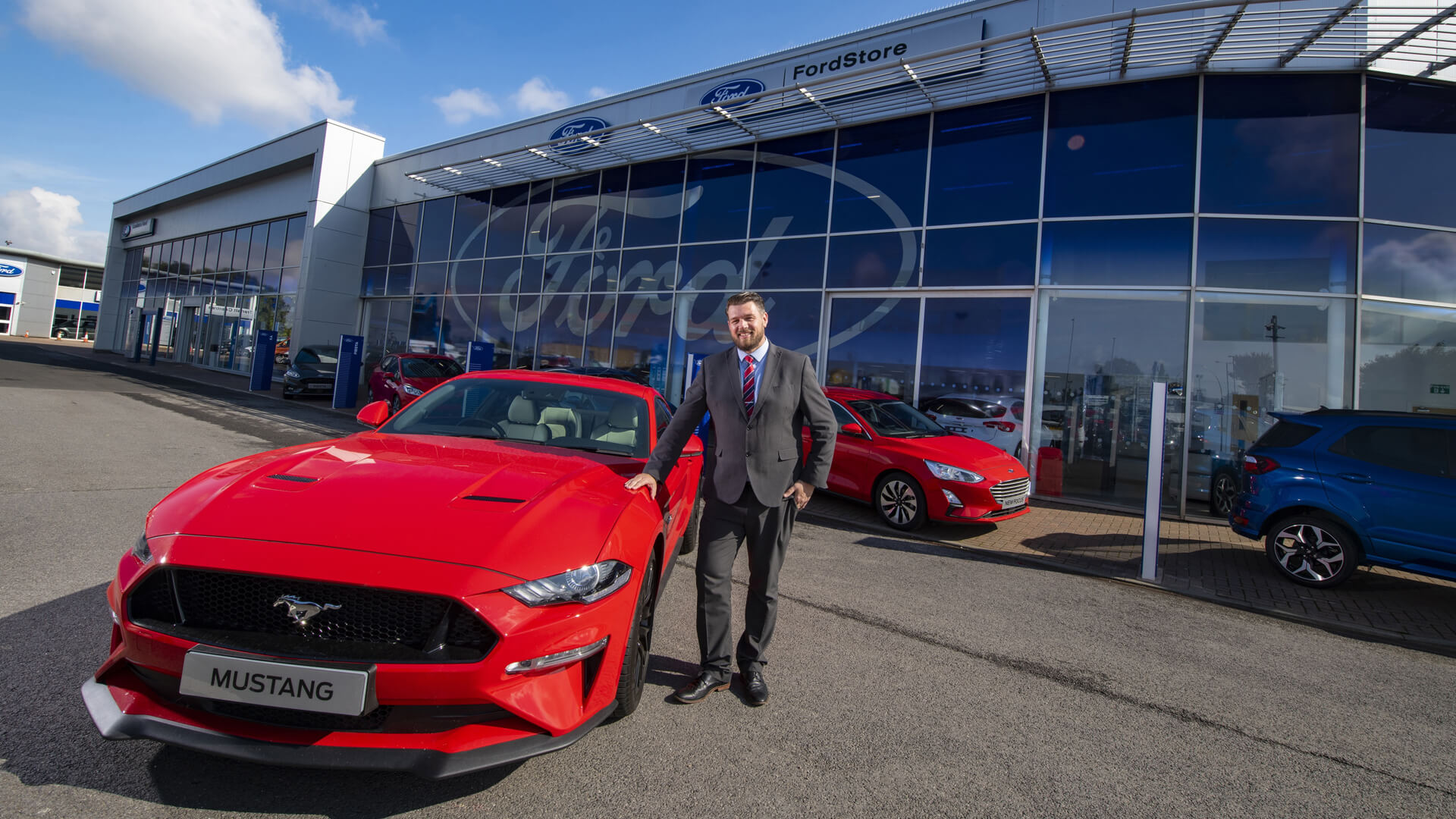 Teesside motor retailer Middlesbrough Ford has announced the completion of a £3m expansion and renovation project, which has seen it transformed into Teesside’s very first cutting-edge Ford Store, offering a variety of vehicles such as their very own used Ford Focus.

The site, which operates as part of the Lookers Group, will see the size of its indoor new car display more than double from 5 to 11 vehicles.

The 3,500sq ft extension will bring the total size of the showroom up to 9,000 sq ft, with the adjacent 16,000 sq ft forecourt providing enough display space for 250 used cars and vans.

The changes include more than just the look of the site, with new General Manager Ken Swindles joining the team to help promote it to the surrounding area, as well as improve upon its already high levels of customer service.

Ken Swindles has moved to the Ford business from Lookers’ Renault/Nissan division, having spent the past two years working as General Manager at its branch in Chester.

Ken joined Lookers having spent 14 years at Vauxhall Middlesbrough where he progressed through to General Manager.

The new-look dealership, which can be found on Cargo Fleet Lane, also accommodates 165 customer parking bays, 22 workshop ramps and a Ford Approved Bodyshop.

The Ford Store concept allows customers to browse the Ford range in a relaxed and informal environment, as well as learn more about each model through a series of intuitive interactive technologies.

The Middlesbrough Ford site was previously operated as part of the North East based Jennings group, which was acquired last year by Lookers as part of its nationwide acquisition strategy.

Ford fans have much to look forward to over the remainder of 2019 and into 2020, with a host of new models planned for launch, including the brand’s most popular SUV, the Ford Kuga, and the return of the Puma name, which now takes the shape of a compact crossover.

“Lookers is a brand that I have always admired, and I am excited to be joining at a time of continued investment into its nationwide network of sites.”

Why is timber top of the class in education construction?