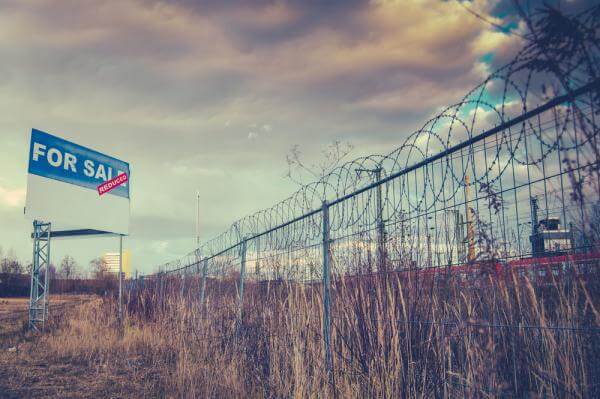 Building on its first vehicle, instigated by the Edmond de Rothschild Group in 2010, Ginkgo announces the first closing and launch of its second fund, Ginkgo 2, which targets the sustainable remediation of brownfield sites in urban areas. Ginkgo Fund 2 will be supported by the European Fund for Strategic Investments (EFSI), a cornerstone of the Investment Plan for Europe.

To celebrate the launch, a signing ceremony attended by the fund’s principal investors – including the European Investment Bank (EIB), Caisse des Dépôts, the Edmond de Rothschild Group and Société Fédérale de Participations et d’Investissement (SFPI) – was held at the Gerland site in Lyon, which is in the process of remediation under the first Ginkgo Fund 1.

Buoyed by the renewed trust of its founding investors and the arrival of new investors wishing to participate in this second fund, Ginkgo 2 announces the success of its first closing and confirms its total fundraising objective of EUR 140 million by the end of the year.

In the words of Ginkgo’s CEO Bruno Farber: ‘The successful launch of Ginkgo 2 was made possible by the very strong loyalty of our original investors, virtually all of which have doubled their commitment by reinvesting in Ginkgo 2’.

Following a highly detailed examination of the first fund’s activities and of Ginkgo Fund 2’s planned management teams and governance structures, the EIB and Caisse des Dépôts resolved to demonstrate their continued confidence in Ginkgo by committing up to EUR 30 million each in the fund. The Edmond de Rothschild Group and SFPI invested nearly EUR 10 million each.

The Vice-President of the European Commission responsible for jobs, growth, investment and competitiveness, Jyrki Katainen, said: ‘EFSI’s support enabled the EIB to invest in Ginkgo Fund 2 more quickly, so attracting private investors. This is an excellent urban renewal and development project and a shining example of green investment!’

‘This EIB financing operation shows that the Investment Plan for Europe – or Juncker Plan – is being implemented in the heart of French cities to tackle urgent economic and social priorities such as the need for jobs and housing. In all, 32 projects have been selected in France under the plan, and these are expected to mobilise more than EUR 9.4 billion worth of new investment,’ said EIB Vice-President Ambroise Fayolle at the signing ceremony. ‘The Ginkgo Fund has a unique and innovative approach to the challenge of sustainably redeveloping urban brownfield sites, and this is why we wish Ginkgo 2 well-deserved success in carrying out its projects.’

‘Caisse des Dépôts decided to demonstrate its continued confidence in Ginkgo by investing in the new Ginkgo Fund 2, which should enable it to rapidly start work on sites in urgent need of remediation,’ added Gabrielle Gauthey, Director for Investment and Local Development.

Ginkgo Fund 2 will facilitate the sustainable redevelopment of substantially polluted sites, meeting the environmental, economic and social challenges of remediating brownfields in urban areas. The first generation Ginkgo Fund 1 is being used to clean up seven contaminated brownfield sites[1] in France and Belgium. These projects are in the process of creating more than 200 000 m² of building rights in the heart of major cities, over 3 000 housing units and 5 000 jobs.

A proven strategy promoting a sustainable and environmentally-friendly approach to site redevelopment.

In its dual role as an environmental remediation specialist and land developer, Ginkgo is a key investor in the redevelopment of significantly polluted sites in urban areas. Like its predecessor, Ginkgo 2 will continue to operate mainly in France and Belgium, generating value added for all the parties involved in projects designed to clean up contaminated brownfield sites, i.e. the owners of the polluted land, local and regional authorities, builders/developers and the final users.

It conducts its own supplementary environmental studies prior to the acquisition of sites and then, in close collaboration with local and regional authorities, it defines redevelopment projects ensuring the economic feasibility of the operations.

Ginkgo provides support to entities that buy the land “as is” and then defines, finances, implements and manages decontamination measures before the redevelopment of the site. Ginkgo’s involvement guarantees the stakeholders in each rehabilitation project that appropriate measures are taken with respect to the future use of the land and the thorough and sustainable treatment of all the contaminants present.

Ginkgo also pays particular attention to the redevelopment projects and the energy efficiency of the future buildings. It is firmly committed to a sustainable approach for the remediation of polluted sites and soil. The highest environmental standards are applied to each stage of a project. Ginkgo’s primary objective is to deal thoroughly with the environmental liabilities of sites. The environmental impact in the implementation phase is strictly monitored and each decontamination measure is carried out using the most environmentally sound techniques that are the most appropriate for the contaminants present.

New financing operation under the Investment Plan for Europe or Juncker Plan:

The EIB’s financial contribution to Ginkgo Fund 2 forms part of the Investment Plan for Europe – or Juncker Plan – which the Bank has been implementing since 2015. The commitments of the EIB and the Caisse des Dépôts at the first closing will enable Ginkgo 2 to rapidly address sites in urgent need of rehabilitation. The projects financed by the European Fund for Strategic Investments (EFSI) have a higher risk profile, since the aim is to support investment in certain sectors of activity of vital importance for the future of the European economy. The EIB has now approved more than 200 EFSI-guaranteed operations, which are expected to generate a total of almost EUR 82.3bn of investment in 26 countries of the European Union, i.e. around 26% of the overall investment target of EUR 315bn to be mobilised by 2018. 32 projects have already been approved in France, which are expected to mobilise EUR 9.4bn of new investment.