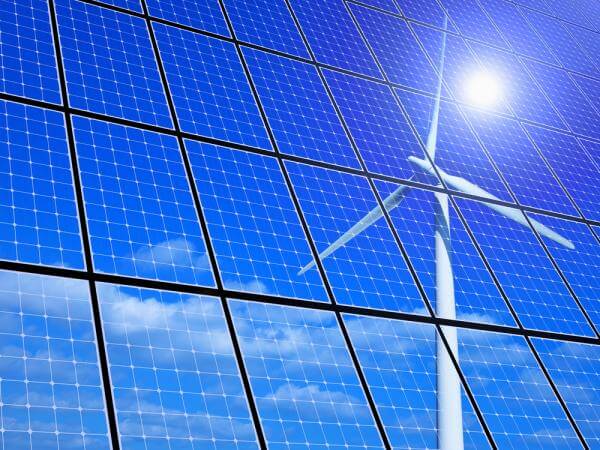 In the four years since SmartestEnergy began tracking independent renewable energy generation across the UK, almost £2.5 billion has been invested in projects above 50KW, more than doubling independent capacity from 4.7GW to nearly 11GW – 40% of UK renewable power.

In 2015 independent energy entrepreneurs across the UK generated more than £1 billion of electricity from a total 5,467 projects, enough to power 6.2 million households and the equivalent of taking 8.9 million cars off the road.

Robert Groves, CEO of SmartestEnergy, said: ‘Energy entrepreneurs are indispensable to Britain’s energy future, driving change towards a flexible, efficient, low-carbon power system. They are creating new jobs, improving our energy security, and helping to meet climate change targets, and there is evidence that rapid growth in renewables can bring down electricity prices.

‘Traditional electricity supply companies are in no shape to deliver the change that is needed. The Big Six are suffering in this low-carbon transition – share prices and dividends are falling, companies are laying off staff and some are even breaking themselves up. These incumbents are slow moving, beset by problems, and lack funds for investment.

‘By contrast, the energy entrepreneurs are small, nimble and innovative. They have attracted a global pool of capital to invest in Britain’s renewable capacity and are taking advantage of technologies like wind and solar which are rapidly coming down the cost curve. They are starting to invest in battery storage which will play a key role in our future energy system and offers exciting new business opportunities.’

Growth by technology: solar energy grew by 83% but wind developed slowed in 2015

– Independent solar capacity grew by 83% in 2015 with 696 new projects providing over 2GW of capacity despite the end of ROC (Renewables Obligation Certificate) subsidies in April 2015. It is the dominant technology in England and the second biggest in Wales.

– Growth in onshore wind slowed with only 233 new projects across the UK adding 263MW, a 7% increase in capacity – far less than the 690MW added in 2014. This may have been due to factors such as increased difficulty in securing planning consent or grid access in different parts of the country, ahead of subsidy cuts in 2016. Nevertheless, the technology took the lion’s share of investment in Scotland and was also top in Wales.

– Developers were responsible for building 408 independent projects adding 2.15GW capacity last year, representing 89% of new capacity. They have built more than a third of all independent renewable projects (37%), and 77% of the market by capacity. Many sites are sold on to fund managers after completion as they offer a steady long-term return.

– Businesses invested in 155 new onsite generation projects adding 99MW of new energy capacity generating almost £100 million worth of electricity in 2015, saving on rising power bills, boosting energy security and cutting their carbon footprint. There are now 728 sites around the country accounting for 13% of all renewables projects and 6% of renewable energy capacity,

– Farmers and landowners built 209 new projects in 2015 with a combined capacity of 56MW, providing valuable new revenue streams, often on low-quality land. Together they account for 28% of all renewable projects and 5% of the market by capacity.

– Eight large-scale community projects added 10MW of new capacity taking their share of the independent market to 1.65%. Across the UK 83 large-scale projects are now in operation generating nearly £16.5 million of power a year, providing revenue to support amenities in often fragile rural communities.

Independent generators now face a crisis. Wholesale electricity prices fell more than 20% in 2015, largely as a result of cheap oil and gas. Although overall independent renewables capacity grew 28% over the year the wholesale value of the electricity it generated dropped by more than 4%.

This comes just as the government has axed the subsidies that supported the growth of the sector, and uncertainty over future energy policy is pushing up the cost of capital for renewables projects.

Growth is likely to continue while there are projects in the pipeline with guaranteed subsidies, the report says, but it warns that a policy framework supporting independent generators and investors is essential for Britain to be confident of meeting its climate change targets.

‘Government must ensure that the right framework is in place to ensure continued investment in building our renewables capacity,’ said Robert Groves.

‘It needs to restore confidence to the industry by providing stable policy and certainty. It should ensure that the capacity market allows all participants to compete on a level playing field and it should also work with the industry to develop frameworks to encourage the roll out of energy storage and maximise its ability to accommodate the growing amount of renewables on the grid.’

The report highlights the potential of battery storage, as independent generators seek innovative ways to extract more value from existing projects and make future projects viable. The first independents are already installing commercial scale units, allowing them to store intermittent solar and wind energy to sell when it is most profitable.

Electricity storage has been identified as one of three key innovations in a ‘smart power revolution’ by the National Infrastructure Commission, which could save UK consumers £8 billion a year by 2030. [1] Battery prices are falling rapidly, making it an increasingly attractive solution for independents. It will also provide opportunities to earn money by providing Demand Response and a range of other grid services.