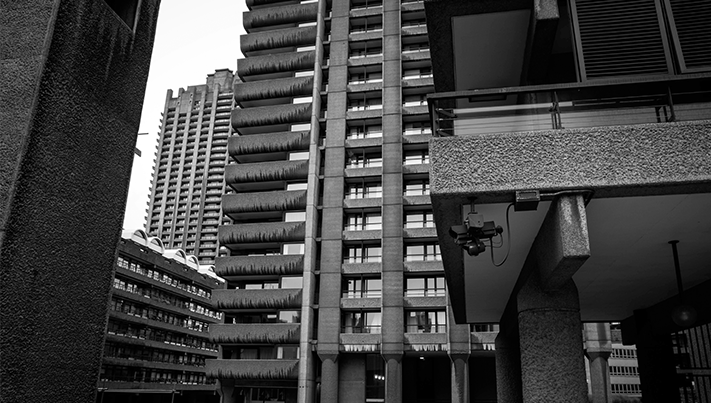 Our homes are our castles, a place where we can feel safe and secure. But what if the social demographic attached to your home meant the health and safety of you and your family was compromised?

A Wood Idea examines the difference between the construction of social and private housing, and whether the choice of building materials and construction methods can impact how safe we are in our homes.

It is believed the fire spread so quickly due to the cladding on the building; the composite foam sandwiched within the cladding is thought to have helped the fire travel up the block.

The cladding that was eventually installed on the block wasn’t the original cladding that was proposed. The initially proposed zinc cladding — which has been found to have greater fire retardant properties — was swapped for an aluminium alternative to reduce the cost of the renovation work.

The decision was made install the aluminium panels and save nearly £300,000. In documents obtained by the media, all recommended changes to building materials and approaches could result in a potential saving of £693,161, reducing the overall cost of the refurbishment from £9.2 million to £8.5 million.

As outlined in one planning document, the work was undertaken to ‘provide significant improvements to the physical appearance of the Tower, as well as the environmental performance and the amenity of its residents.’ It was intended to ‘improve its appearance especially when viewed from the surrounding area.’

In this scenario, the choice and quality of building materials had a devastating and unforeseen impact on the lives of Grenfell Tower residents.

A clear wealth divide is present within the borough of Kensington. Property prices in Kensington and Chelsea are the highest in the country, with the average home selling for £1.2 million. While social housing — like Grenfell Tower — is present, so too is their luxury apartment counterparts.

Situated close to Kensington Palace, Park Modern is the latest project by London developer Fenton Whelan which is underway in the borough of Kensington. £450 million will be spent to create a 190,000 sq. ft. apartment block containing 57 homes. Apartments will be priced from £2 million up to a huge £30 million.

The project has been termed ‘London’s most prestigious residential development’. With the apartments set to feature a pool, gym, steam room, sauna, jacuzzi and treatment room, we can assume that achieving these high standards will come with a similarly high price tag.

The Grenfell Tower tragedy seems to have prompted the government, local councils and housing associations into action. BDO’s Social Housing Barometer 2018 shows the lasting impact of Grenfell. Almost half of housing associations now place health and safety as a top-five risk, jumping from the 29% recorded in the six months previous.

With 525,000 homes in Britain found failing to meet the Decent Homes Standard and over a million people estimated to be living below the minimum benchmark for human habitation in social housing, it seems we still have a long way to go in narrowing this gap.

Stamp Duty is killing the housing market, When You Move, explains why

More in News
The benefits of using steel beams for your loft conversion
31st July 2018
We use cookies on our website to give you the most relevant experience by remembering your preferences and repeat visits. By clicking “Accept All”, you consent to the use of ALL the cookies. However, you may visit "Cookie Settings" to provide a controlled consent.
Cookie SettingsAccept All
Manage consent