What Does The Future For Springfield Properties Hold? 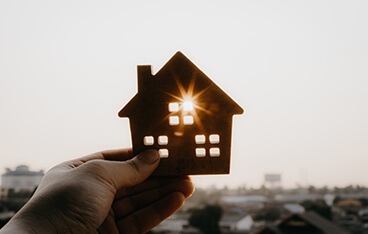 Springfield Properties (AIM: SPR), a leading housebuilder in Scotland offering private and affordable housing, is pleased to provide the following update on trading for the year to 31 May 2018, ahead of announcing its full year results on 18 September 2018.

As previously announced, Springfield made significant sales and profit progress in the first half of 2017/18, with the momentum being maintained through the second half of the year. The Company expects to report an increase in PBT for full year 2017/18 in line with the upgraded market expectations as guided in February 2018 and revenue for full year slightly ahead of market expectations. This performance represents profit growth of 43% and revenue growth of 27% over the prior year. The better-than-expected sales growth was due to the accelerated completion of the sites that the Company had acquired from Redrow in 2011, and the profit growth reflects the margin associated with the Redrow sites being not as high as with the other Springfield sites. The final remaining Redrow plot is expected to complete in July.

During the year, revenue grew in both the Company’s private housing and affordable divisions, with private housing accounting for approximately 73% of total revenue. Springfield also progressed the development of existing sites, including receiving further planning consents as well as acquiring new sites. In particular, Springfield submitted a planning application for its 3,000-home site at Durieshill, Stirling – which represented a key milestone as all of the Village sites are now in the planning permission process, under construction or have commenced sales.

A notable development during the period, and as announced on 2 May 2018, was the Company’s acquisition of the issued share capital of DHomes 2014 Holdings Limited (trading as Dawn Homes), a Glasgow-based housebuilder focussed on private housing, for consideration of up to £20.1 million. The acquisition served to expand the Company’s private land bank in line with Springfield’s stated strategy to expand into new regions, and is expected to accelerate the Company’s growth. The integration is progressing as planned with Dawn Homes continuing to trade as expected.

In the affordable division, Springfield continued to see increasing demand from potential development partners, including local authorities and housing associations, for more affordable homes. A key achievement during the year was the completion of the Linkwood View facility in Elgin that was specifically designed for the elderly. This development included a number of flats tailored to meet the needs of residents with dementia. Following the success of this development, Springfield is in negotiations to deliver similar facilities for other clients.

The Company will provide further details at the time of its full year results announcement.

70% Of Us Forget If We've Locked Our Doors

How To Improve Roofing For New Construction
4th February 2020