Skills Shortage in the Construction Sector 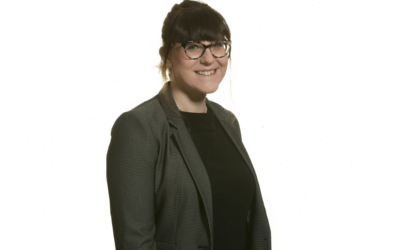 Skills Shortage in the Construction Sector

The construction sector is in the grips of a skills shortage which is limiting construction activity and increasing labour costs at the same time. The shortage has recently hit its worst recorded level and it is expected to worsen over the coming years and decades, with the recruitment of new talent failing to keep up with the rate of retirement.

The Chartered Institute of Building (CIOB) has reported that the industry will need to find 157,000 new recruits by 2021 in order to keep up with demand. One of the key ways in which the industry and the UK government are attempting to tackle this is through the recruitment of apprentices.

The government has committed to an additional 3,000,000 apprenticeship starts across all industries in England by 2020. From 6 April 2017, changes in apprenticeship funding were introduced and implemented meaning that funding of new apprenticeships will now come from an apprenticeship levy rather than taxpayers. The government’s objectives when implementing the levy were to boost productivity by investing in human capital, develop vocational skills and increase the quantity and quality of apprenticeships.

The levy is set at a rate of 0.5% of an employer’s wage bill and is collected monthly via the Pay as You Earn (PAYE) mechanism. The levy applies to companies of all sizes with an annual payroll bill of £3,000,000 of more – less than 2% of UK employers. All levy contributions are paid into an employer’s online digital apprenticeship service account and the government also contributes to the levy with a 10% top up meaning that for every £1 that enters an employer’s digital account it gets an additional 10 pence. Employers in England (Scotland, Wales are Northern Ireland are currently excluded) can reclaim their apprenticeship levy contributions as digital vouchers to pay for training apprentices.

Smaller employers who do not pay the levy are also able to access the digital apprenticeship service and by 2020, all employers will be able to use service to pay for the training an assessment for apprenticeships.

Is the apprenticeship levy working?

The initial figures haven’t been too promising – between August and October 2017 there were 114,400 apprenticeship starts, comprising of 21,400 starts in August, 28,600 in September and 34,300 in October. These figures are significantly less than those reported at the same time in 2016, when there were 36,500, 74,400 and 44,800 starts respectively. This sharp decrease in apprenticeship starts highlights the need to reform the apprenticeship levy system, according to the Federation of Master Builders (FMB).

According to Brian Berry, Chief Executive of the FMB:

“The lack of flexibility in the value of vouchers which large employers are able to pass down the supply chain to smaller subcontractors who work for them is a key issue. At present, only 10% of vouchers are able to be passed down, however larger construction firms do not tend to directly employ large numbers of on-site tradespeople. This means that there is a real danger that these vouchers are not being spent on training the key skills that the industry so desperately needs.”

How will the apprenticeship levy work alongside the Construction Industry Training Board levy?

Around 1% of employers registered with the Construction Industry Training Board (CITB) (a non-departmental public body that reports to the Department for Business, Innovations and Skills) will need to pay the apprenticeship levy. The CITB already collects a levy from construction employers with a wage bill of £80,000 or more and the funds collected are invested back into the construction industry through training. Therefore, for the 2017/2018 financial year, employers with a payroll over £3m who are within the scope of the CITB levy will have to pay both levies. Given the overlap between schemes, the CITB has commented that it is for the construction industry to decide what type of support they want for skills and training in the future. The CITB has set up a new employer-led “Levy Working Party” to consider the options for how the CITB levy can work alongside the apprenticeship levy with the possible implementation of a new CITB Levy Order for 2018.

A new forecast from the CITB has revealed that over 150,000 construction jobs are set to be created over the next five years, with 15,350 carpenters and 9,350 labourers needed. There will also be a significant growth in a range of professional and managerial roles. Whilst it is imperative that the apparent issues with the apprenticeship levy and the uncertainty around how the system is going to coincide with the CITB levy are addressed and resolved, more needs to be done so that the UK construction industry can continue to grow in the future.

So what can you do?

There are a number of reasons why young people are not drawn to a career in construction. It is often seen as an uncertain sector – the demise of Carillion has reinforced this perception as well as public concerns over the impact of Brexit. In addition, school pupils are generally not aware of the variety of jobs available in the sector.

A key way to address these perceptions and to encourage more new talent into the construction sector is for people and businesses within the industry to engage with schools and colleges. More needs to be done to educate pupils – and their parents and teachers – about what options are available and what a career in construction looks like. This will allow students to adapt to shortages in a particular skill set. It is also important to promote the industry to girls and students from STEM subjects, who would not typically consider a career in construction.

There are many organisations who are linking businesses with schools and colleges, such as the CIOB and the CITB. This is a national crisis which is impeding the growth of our sector. But this is also an opportunity for you to shape the future of the construction sector and the next generation of talent.

Model Making in Architecture: Why Does it Matter?
24th January 2020