Major changes for the construction industry 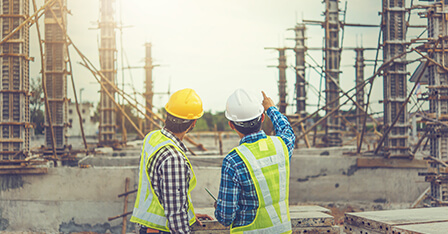 ‘In the early hours of 14 June 2017, a fire spread through Grenfell Tower. Seventy-one people died, many homes were destroyed and countless lives have been affectedThis tragic incident should not have happened in our country in the 21st century. We now all have the opportunity to respond in a way that will lead to lasting change that makes people safer in the future.’

The seismic impact of the Grenfell Tower fire on the construction industry is still being felt more than a year on. The government’s immediate response to the tragedy was to commission an independent review of building regulations and fire safety. The aim of this review was not to investigate Grenfell Tower, but rather to make recommendations on a future regulatory system.

Dame Judith Hackitt was appointed to lead the review, and in her initial December 2017 report, she concluded that the regulatory system covering rise and complex buildings was not fit for purpose. Dame has since issued a final report, ‘Building a Safer Future – Independent Review of Building Regulations and Fire Safety: Final Report, May 2018,’ which expands upon her initial findings and makes concrete recommendations.

Although it is currently unknown when and to what extent these recommendations will be adopted, the Report’s recommendations nevertheless have immediate ramifications for the construction industry across the entire life cycle of a building, from design to the occupation. With a new regulatory authority and heightened penalties on the horizon, the construction industry would be wise to align itself with the impending changes.

Independent oversight by a new authority

notes a lack of clarity on roles and responsibilities of the various parties responsible for building safety – from procurement, design, and construction to the maintenance of buildings. There is ambiguity over where responsibility lies, exacerbated by an absence of coordination and accountability in the industry.

The report recommends adopting an approach similar to the Construction Design and Management (CDM) Regulations 2015, which govern the health, safety, and welfare of construction projects. states  ‘The current CDM Regulations make those who commission construction work and those who are key in the design and construction process responsible for eliminating, reducing or controlling foreseeable risks that may arise.’

The report also proposes stricter penalties for those who fail to comply with the standards which fall within the framework. The Report recognises that the new regulatory framework, ‘must have real so that it can drive the right behaviours.’ Such penalties would replicate the full range of penalties assigned in the Health and Safety at Work Act. Accordingly, penalties for failure to comply with safety standards could include unlimited fines and even imprisonment.

stresses the importance of documentary evidence, which must be produced throughout the life-cycle of a building, to provide both assurance and evidence the building has been built safely and is fit for purpose.

It is crucial that contractors properly document their work, maintaining records of tests, inspection reports, and changes made. The culture of careless recordkeeping and sloppy paperwork must come to an end.

The report also advocates for a more rigorous and transparent product testing regime, finding the current process for testing and ‘certifying’ products to be overly complex.

Interestingly, did not object to the future use of combustible cladding on high-rise buildings, such as that installed at Grenfell. Nevertheless, when choosing materials for buildings, contractors should make their own assessment as to the feasibility and safety of materials.

The overall implication of the report is that contractors should be prepared to take greater responsibility for building safety and to think for themselves in order to deliver safety and integrity throughout the life cycle of a building.

Although legislative change will take time to fully implement, it can only benefit contractors to begin to adjust their behaviour now to conform to the higher safety standards they will be held to. There will be far stricter enforcement of building safety regulations, and a breach of such regulations could be considered a criminal offence, subject to hefty fines or even imprisonment.

14
Share on FacebookShare on TwitterShare on Linkedin
Don't Miss It

Investing in the Real Estate Market