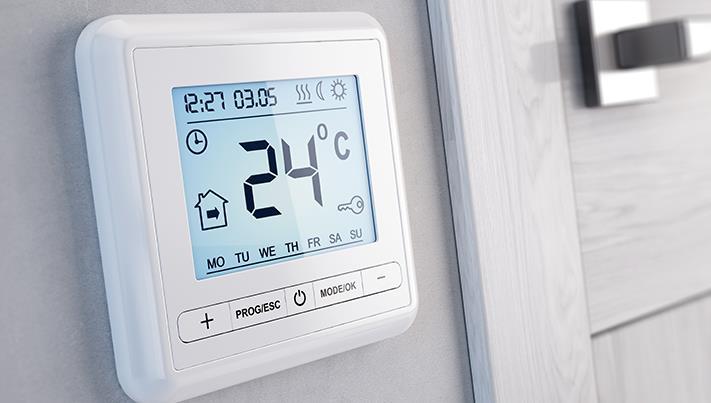 As buildings across the world become increasingly complex in their design, it makes sense that the technology within them would be equally as complex. How do buildings stay cool under extreme temperatures? How do we combine natural and technological measures to keep our buildings heated, cooled and comfortable? In addition, with climate change becoming an increasingly pressing issue, how do we use these technologies with environmental protection in mind?

Basking in the intense desert heat of Dubai is the famous Burj Khalifa, which stands at 2,716.5 feet tall. Keeping a tower this tall cool is a task in and of itself, let alone with the surrounding temperature being so extreme. So, how do they do it? There’re multiple factors that keep the Burj Khalifa comfortable. Primarily, ice-chilled water is used to cool the building, and this is supplied by three plants. During off-peak hours, the central water plant creates an ice slurry that makes the water colder than a chiller could manage. This chilly water is sent through the tower in a series of pipes to heat exchangers at three different levels. Once the cold water has cooled the air for the air conditioning unit to use, it is sent back down to the central water plant again.

There are a number of benefits to using ice in this way. Firstly, it’s better for the environment, as it allows the tower to make savings on energy use. It also reduces the amount of space needed to dedicate to cooling equipment. Interestingly, the air conditioning system had to be gradually activated over a week-long period. This was to prevent pockets of warm air from forming in the building.

As a back-up, the tower also has four air-cooled chillers to support the data centres if needed.

Workers at the Amazon offices in Seattle USA know a thing or two about energy efficiency!  The building is heated by capturing the warm air produced by data centres — a great way to re-use waste for a key purpose. Interestingly, the data centres being used aren’t actually owned by Amazon. The heat is collected from the Westin building across the street from their offices. It’s a two-fold victory, as it helps Amazon to save energy and gives Westin a good way of sustainably dealing with waste heat.

The heated water is piped from the data centres to a central plant belonging to Amazon, and is put through heat-reclaiming chillers. This is then used to supply the office’s heating needs, and the now-cold water is sent back to Westin to help cool their data centres. Amazon is set to save 65 million pounds of coal’s worth of CO2 emissions over 25 years with this approach.

The 450-foot i360 British Airways tower in Sussex gives visitors a truly spectacular view of the coast. As the world’s tallest moving observation tower, this building set a new challenge for climate control — the structure houses a restaurant, a shop, conference rooms, exhibition spaces, wedding venues, and of course, a 360° panoramic view in its moving 94-ton pod.

The tower supplies the public areas with a steady source of renewable energy through the use of Daikin VRV IV technology.  A constant supply of fresh air is circulated by heat recovery ventilation units throughout the building — this is crucial for reducing the demand on the air conditioning units that need to balance the indoor temperature with a significantly different outside temperature.

Due to the nature of its surroundings, the units require special care. One, the units need to be out of sight. Two, they need to be able to withstand the corrosive nature of salty sea air! Therefore, the VRV IV outdoor units have been installed out of sight, and are treated with a specialist factory-applied Blygold coating, to protect them from the salt in the air. The result is an energy-efficient, streamlined, and sea-air-ready HVAC system that supports this complex and unique building.

What the future holds

With the worlds buildings becoming increasingly complex, so too do our plans for these structures and their climate control. The Independent reported on another ambitious project blossoming in Dubai — the world’s largest shopping centre. But calling it a shopping centre seems a little unfair; the project intends to cover 48 million square feet, making it a shopping city. The Mall of the World is set to have the world’s largest theme park, a shopping area inspired by Oxford Street, and a theatre area inspired by Broadway. Crucially, it is being touted as the first climate-controlled city in the world.

The world’s structures are only going to get more complex, so it will be interesting to see how requirements like heating and cooling are addressed in such builds.

What impact is Brexit having on the commercial property market in the UK?

More in News
6 Critical Ways to Keep Your Commercial Real Estate Project On Track and On Budget and Delight Your Clients
20th September 2022
We use cookies on our website to give you the most relevant experience by remembering your preferences and repeat visits. By clicking “Accept All”, you consent to the use of ALL the cookies. However, you may visit "Cookie Settings" to provide a controlled consent.
Cookie SettingsAccept All
Manage consent