Building homes for the future: Why innovation is the key for increasing housing delivery 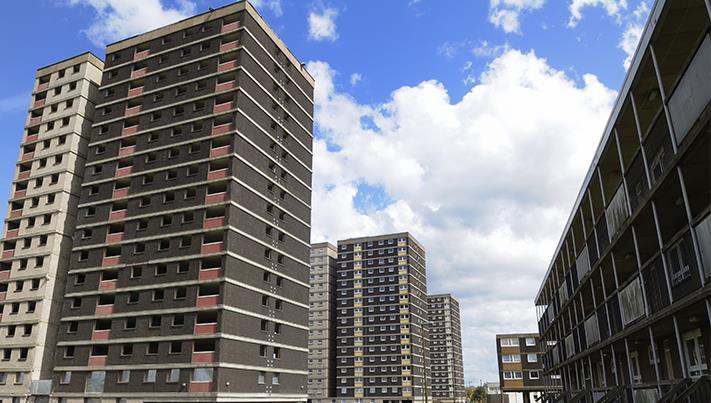 Every day hundreds of column inches are dedicated to problems within the British housing market. We are building too few homes, at too high a price, and for too few people. Our system is broken and it is those on lower incomes who are bearing the brunt. Demand for social housing available to rent in England has reached breaking point and local authorities responsible for delivery are concerned, as are the public.

But whilst industry experts and the government have recognised the need for genuine structural change, we are still failing to adapt and change at the scale and speed the country needs.

Earlier this year Theresa May declared she had made it her ‘personal mission’ to fix the broken housing market and last month took a momentous step forward by announcing the Housing Revenue Account (HRA) borrowing cap would be scrapped. This means local authorities across England and Wales who had previously had borrowing restricted are now able to access funding to build more homes for low-income families in serious volumes for the first time in 30 years.

But the reality is that extra funding can only go so far. Latest government data reveals over 60 councils have more than 5,000 households on their lists, and the local authorities with the longest housing waiting lists have over 25,000 families registered. Although the government has finally recognised local councils need to contribute towards meeting housing targets, it will take a huge effort to turn back the clock on years of undersupply, especially as the Office of Budget Responsibility (OBR) is currently predicting the net impact of lifting the cap will only provide an additional 9,000 homes over the next six years.?

Whilst 100% of senior managers and decision makers within local authorities surveyed for our recent report on the Future of Social Homes for Rent said they would like to be able to fund and build more housing for social rent in their area, 24% told us that slow construction is a major barrier to delivery, and 46% flagged resourcing capacity as one of the main obstacles preventing councils from building homes in their area. This was an even more serious problem in Eastern England, the Midlands and Yorkshire, where 58% of councils reported resourcing bandwidth was holding their housing delivery aspirations back.

Clearly, finance is just one aspect. To return to the halcyon days of council housing delivery in the 1970s we need a revolution in the delivery of new homes – and to do that we need to start thinking innovatively about the method and speed in which we can deliver high-quality new homes. This is where Modern Methods of Construction (MMC) can offer a solution, allowing councils to build up to four times as many homes with the same onsite labour required for one traditional build.

Rather than lay bricks on-site, sections can be manufactured in a factory, shipped to their destination and then bolted together for final assembly. Methods include, but are not limited to, panellised units produced in factories and assembled onsite; volumetric construction to produce modular units in factories prior to transport to site; and floor or roof cassettes, pre-cast concrete foundation assemblies, and pre-formed wiring looms.

Modular homes can be assembled with relative ease and alleviate many of the challenges the traditional housing market currently faces. The combination of an ageing workforce, a lack of new talent entering the industry, and the potential loss of thousands of EU workers post-Brexit, has meant the skills shortage is reaching a critical level and is impacting sector growth. Factory based production provides an alternative as it does not generally draw from the same labour pool as onsite construction and is not competing for the same skills.

But arguably the biggest advantage of using MMC for housing is its speed and efficiency. Modular and offsite construction can provide programme savings of up to 50% compared to traditional forms of construction. And unlike on traditional building sites, the unpredictable British weather does not have to be factored in. In 2018 severe weather conditions such as ‘the beast from the east’ meant that the number of new houses registered to be built in the first three months of the year fell by 14%. Modular can side-step external factors.

We have heard a thousand times before – there is no one solution to fixing the UK’s housing problem. A whole toolkit of solutions is necessary, and the use of modular building specialists must sit at the heart of this.

MMC is becoming increasingly commonplace in Sweden, Germany, the Netherlands, and in Japan, where more than 15% of a million or so new homes constructed each year are to some extent prefabricated. But the UK is still seriously lagging behind. Worryingly, when Scape asked council representatives how important MMC are to building more council houses, just 22% said they are very important, with just 15% reporting the same in the North of England.

But it is clear that modular housing should be the future. Even Amazon is starting to invest in it. Ahead of Brexit, it is vital the government and local authorities buy into solutions that will drive us forward. Scrapping the borrowing cap will create a step-change, but as the pool of labour shrinks, it is essential attitudes towards how we deliver homes changes. Local authorities must innovate to reduce housing waiting lists.

UK property demands are changing: how should investors respond?

More in News
Renewable Entrepreneurs Supply 7.6% of UK Power Demand
6th May 2016
We use cookies on our website to give you the most relevant experience by remembering your preferences and repeat visits. By clicking “Accept All”, you consent to the use of ALL the cookies. However, you may visit "Cookie Settings" to provide a controlled consent.
Cookie SettingsAccept All
Manage consent