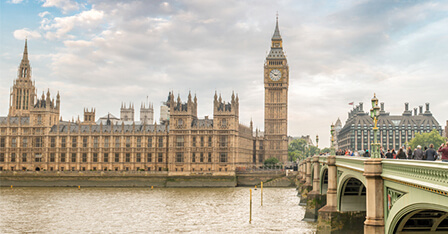 Earlier today, Chancellor Philip Hammond announced his Autumn Statement to Parliament, and the wider implications of his policy changes are sure to affect SMEs across the UK. But will those changes be beneficial or detrimental to conditions for the UK’s owner-managed businesses?

The UK200Group is the UK’s leading membership association of chartered accountancy and law firms, whose members act as trusted business advisers to over 150,000 SMEs. A number of the UK200Group’s members have given their initial views of the Autumn Statement’s impact on the SME community, spanning industries as varied as agriculture, fintech, charities and sole traders.

Liz Ward, Principal of Leeds-based UK200Group member and specialist IP law firm Virtuoso Legal said, ‘The statement is of great interest to our technology clients as the government seems to understand that they have to actively assist in the generation of IP in order to grow the economy. So far, spending has been promised for universities and also to help technology companies to scale and grow.

‘One of the biggest problems is that, whilst the UK generates lots of great start up and SME technology businesses, once they grow they tend to be snapped up by overseas investors. We need to support these companies and help the UK retain talent and ownership of businesses.’

Francis Whitbread, Tax Partner at Chelmsford-based UK200Group member Edmund Carr said, ‘The announcement of a crackdown on the promoters of tax avoidance schemes is welcomed by those of us who have been trying for years to make sure our clients do NOT get involved with arrangements that are artificial and have no commercial reality.

‘Going into a tax avoidance scheme can result in an entrepreneur losing focus on his business as a result of the ‘tax tail wagging the dog’. However, it is disappointing that the Chancellor did not make it clear that the dictum laid down in the Duke of Westminster case in the 1930s, that ‘it is the right of every man to organise his affairs such that he may legitimately pay less tax than might otherwise be the case’ still applies.

‘We tax advisers who have taken that to mean tax planning around timing of expenditure, timing of disposal of assets etc. would welcome government clarification that this is not frowned upon, and distinguished from the much more aggressive schemes. Our ability to continue to provide this kind of tax planning advice to our SME clients is essential to their continued financial success.’

Jonathan Russell, Managing Partner at Oxfordshire-based UK200Group member ReesRussell said, ‘Rural SMEs will benefit with the permanent relief for business rates in rural areas giving tax breaks worth up to £2,900 per year.

‘There will be possible help for growth firms with £400 million being pledged to venture capitalist funds for small businesses. However, what the government views as a ‘small business’ is yet to be seen.’

Andrew Jackson, Chair of the UK200Group’s Tax Panel and Head of Tax at UK200Group member Fiander Tovell, based in Southampton, said, ‘On the plus side, Philip Hammond acknowledges that certainty is welcome, and is largely giving certainty by not tinkering too much with Budget 2016 announcements.

‘Having an Autumn Budget in future will also help, as we may have laws coming into effect after they’re made rather than before, as is all too often the case at the moment.

‘There were some encouraging suggestions that the Office for Tax Simplification recommendations over aligning tax and National Insurance will go ahead. However, it is discouraging to hear suggestions that employment / self-employment is to be targeted. This is a grey area and there is scope for people on the borderline to be hit hard.

‘Similarly, employee expenses and benefits are to be scrutinised. This may mean more detailed rules that employers have to be aware of, and may mean that people getting the same reward package get taxed differently, which seems unfair. The problem is that tax and National Insurance aren’t aligned: if the Chancellor would do that – as suggested by the Office of Tax Simplification – then these problems would go away and employers and employees could just get on with things without having to look over their shoulders all the time.’

Will Abbott, Partner at Cheltenham-based UK200Group member Randall & Payne, said, ‘from our strategic work with SMEs, we know there is a productivity problem in the UK and the Chancellor was at pains to repeat oft quoted information to emphasis this – we are even less productive than the Italians! It will be interesting to hear more about the £23 billion productivity fund, support to turn R&D into commercial products and the overall aim to lift employee skills in the UK to drive increased wages and living standards.’

John Painter, Managing Partner at Worcestershire-based UK200Group member firm CB Chartered Accountants, said, ‘my initial thoughts are that the property and construction industries should, as a whole, be delighted with the news that there is an extra £1.4bn towards the cost of building 40,000 new affordable homes, and a further £2.3bn on infrastructure to help move towards the target of 100,000 new homes, especially as there were only 32,000 new homes built in 2015/16.

‘If we get the infrastructure and construction moving then the economy should always benefit.

‘The restrictions on tenants paying agents fees will probably result in higher rents being charged, which would be counterproductive to what the Government is trying to do.’

In this vein, also commenting on Chancellor Philip Hammond’s autumn statement today was Michael Thirkettle, Chief Executive of leading interdisciplinary international construction and property consultancy McBains Cooper, who said, ‘this provides some good news regarding the Government’s commitment to spend on social and economic infrastructure, in particular the £1.4 billion aimed at delivering 40,000 new affordable homes in England, the £2.3 billion housing infrastructure fund to help provide 100,000 new homes in high-demand areas, and the £3.15 billion for London as its share of the national affordable housing funding to deliver over 90,000 homes. For years, successive governments have announced ambitious house building targets which are never met.

However, Mr Thirkettle also went on to say, ‘we are, disappointed that there was no announcement to streamline the planning process or free up land on the greenbelt – much of which is derelict land rather than areas of beauty – as that would also help the shortage of land.

‘We were also disappointed not to see further investments in training and apprenticeships in the UK construction industry, as we will need to train and re-train UK people in readiness for any restrictions in the supply of skilled foreign workers following Brexit.”

Contrasting this, James Abbott, Founder of Abbott Moore and President of the UK200Group, said, ‘although there weren’t a huge number of changes to tax, I was pleased to see the government’s commitment to lowering Corporation Tax to 17 per cent. This will directly affect a lot of my business clients, who were hit earlier this year by a rise in personal tax on dividends.

‘The government’s stance on research and development is also important, and the figures that Philip Hammond gave for our productivity show that we are lagging behind our main competitors. Competitiveness is especially key in the wake of the EU referendum.

‘Employees, the self-employed and limited company owners all face different tax and national insurance burdens and this is clearly still very much on the government’s agenda. I genuinely expect some significant changes here, but it is impossible to say with certainty what those changes will be.’