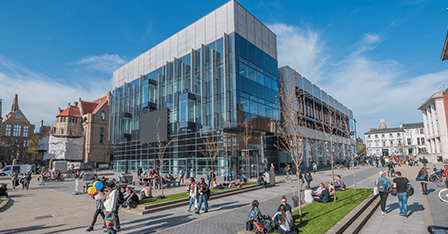 The University of Manchester is going out to tender for the first phase of a £245m campus accommodation development.

The university first called for bids for its Fallowfield Student Village project back in June 2015 but scrapped the process in May 2016. “The final tenders received were substantially in excess of the budget and made the project unaffordable in its current form,” the university estates department said in May. It is now rebidding the work with the deal restructured into three phases.

Existing properties including the Owens Park Tower will be demolished and replaced by 3,000 new student accommodation units. The existing accommodation at Ashburne Hall, Sheavyn House, Richmond Park and Woolton Hall will be retained.

The project will also see construction of a new student hub and improved sports facilities.

The university secured a finance deal with Abu Dhabi-based Mubadala Development Company for the project in 2014.

Mubadala is also partially funding the development of the Manchester Graphene Engineering & Innovation Centre, through its Masdar subsidiary, and is establishing joint graphene application research and fellowship programmes with the university.

In phase one, which has an estimated contract value of £75m, eight housing blocks will be built, with 1,122 rooms. Completion is expected by June 2019.

Demolition and replacement of the existing Oak House buildings and The Limes will then follow on as phase two, valued at £92m. The £65m third phase should start in April 2021; this involves the demolition of existing Owens Park buildings and building 896 cluster flat study bedrooms.

The university already has a construction framework agreement with Balfour Beatty, Laing O’Rourke and Sir Robert McAlpine to deliver most of its larger projects over the next eight years but the Fallowfield project is now deemed outside the scope of this.